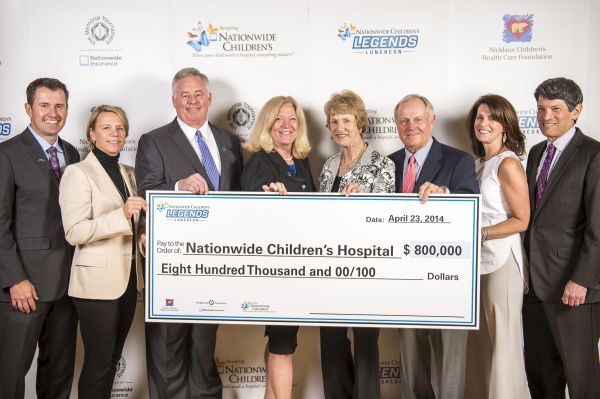 Last weekend wrapped up the 2014 Memorial Tournament at Muirfield Village Golf Club in Dublin, Ohio. Founded and hosted by golf legend Jack Nicklaus, the tournament attracts top players to one of the world’s toughest courses. Over the years, the Memorial Tournament has become one of golf’s most anticipated events – and this year didn’t fail to deliver!

The tournament also raises money for Nationwide Children’s Hospital in Columbus, Ohio, a leading pediatric hospital and research institute in the United States.

At Nationwide, we’re honored to be the first local sponsor and partner with the Memorial. Every year, our Sports Marketing Sponsorships, including the Memorial Tournament, raises over $3.2 million for Nationwide Children’s Hospital.

The luncheon raises money for research, medical equipment and care in areas of most need at Nationwide Children’s Hospital. This year’s fundraiser tallied a record $800,000 for the Children’s Health Care Foundation and Children’s Hospital – increasing the event’s 4-year-total now to $1.9 million.

In support of Griffin Hayden

At the luncheon, the Nicklauses presented the Nicklaus Youth Spirit Award to the family of Griffin Hayden, a 14-year-old patient at Children’s. An outstanding student who loves golf, hockey and lacrosse, Griffin was diagnosed with acute myeloid leukemia in early 2013. He has endured intense chemotherapy with minimal side effects, but learned recently that the leukemia returned. As he prepares to fight cancer again, Griffin remains as positive as ever – a testament to his spirit and character.