As a company that cares, Nationwide is committed to honoring our members and associates who served in the military.

Honor Flight Columbus recently took nearly 90 veterans from all four branches of service to the nation’s capital to honor their service and visit war memorials dedicated to them.

“Nationwide stands behind the belief that we are more than a business with the sponsorship of another Honor Flight this year,” says Jason Dominguez, president of Nationwide’s Military Associate Resource Group (MARG). “Alongside our ongoing initiatives for veteran associates, Nationwide continues to honor veterans of WWII, Korea, and Vietnam by working with Honor Flight to bring these veterans to their memorials.”

Fifteen Nationwiders volunteered as guardians and hundreds of associates served as ground crew for the Nationwide-sponsored flight. Additionally, Nationwide associates wrote more than 300 cards with 2,000 messages to the veterans on the flight.

This is the sixth flight that Nationwide has sponsored. Nationwide proudly supports veterans’ organizations in local communities across the country. We are committed to recruiting these individuals and connecting them to the resources that they need.

“It’s been an area of focus for us now for several years and I think this just further supports all the work that we do with that initiative,” says Mark Berven, president and chief operating officer, Nationwide Property and Casualty. 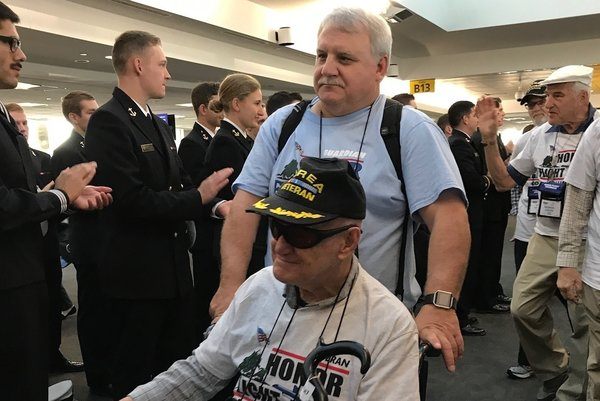 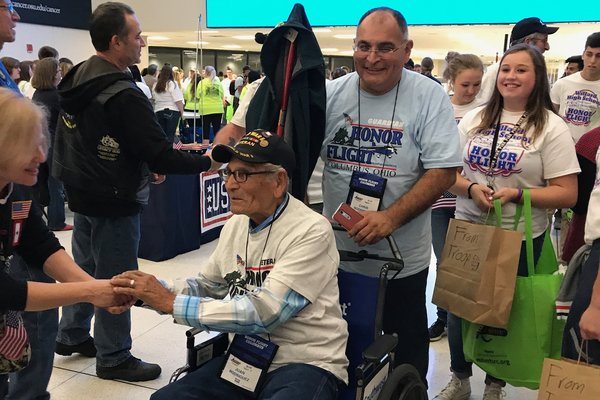 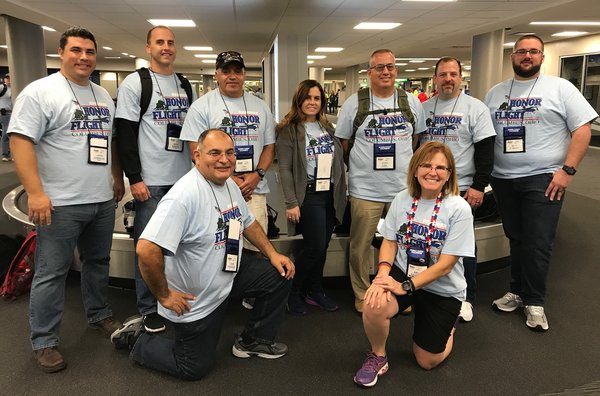 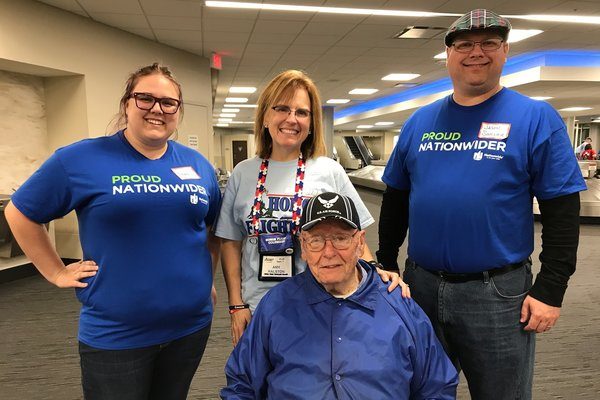