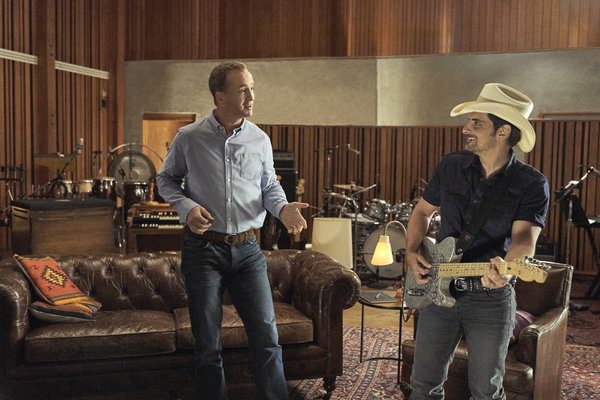 “I want to feel it from your heart,” Peyton Manning says to Brad Paisley in the latest installment of Nationwide’s commercial series. The new ad shows the football star and country singer trying to get the Nationwide jingle just right. This is the first time both Nationwide spokespeople have appeared in the same commercial – and their chemistry is undeniable.

Watch Peyton and Brad’s hilarious take on the Nationwide jingle in the latest ad – and don’t forget to check out behind-the-scenes “interviews” and bloopers!