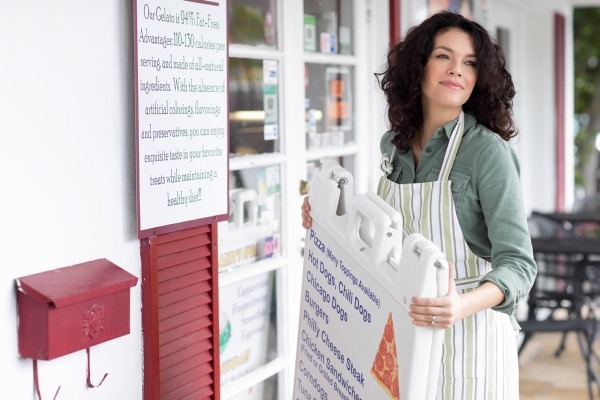 Most business owners say it’s important to plan for the future or unexpected events — especially when it comes to cyberattacks, natural disasters and succession.

But a new Nationwide survey found that the vast majority of owners don’t have formal plans in place, even as catastrophic weather events continue to rise and ransomware attacks become more common.

“Business owners are the backbone of our economy,” said Mark Berven, president of property and casualty for Nationwide, the No. 1 total small-business insurer[1] in the country. “But they can often believe the myth that ‘it could never happen to me.’ That’s why it’s crucial business owners remain prepared. Whether it’s planning for leadership succession or enduring an unexpected event like a cyberattack, the viability of businesses across the country is a requirement for a healthy economy that we can’t ignore.”

Don’t be caught off guard

Nationwide’s third annual survey of more than 1,000 business owners across the country with 1-299 employees revealed some alarming discrepancies in how business owners think versus how they behave in three main categories:

While many business owners are not prepared for the risks they face, two exceptions stood out.

To help business owners prepare and protect their businesses for the future, Nationwide recently launched the Business Solutions Center, a new online suite of solutions that can support them during key stages of development.

The site is designed to help owners identify a wide variety of needs. It also links users to other sources of information that support entrepreneurs, including Nationwide’s team of Loss Control Services consultants.

Business owners can also learn how to create a cybersecurity plan, disaster plan and succession plan through the Small Business Administration.

Nationwide commissioned a 20-minute, online survey among a sample of 1,069 U.S. small business owners. Small business owners are defined as having between 1-299 employees, 18 years or older, and self-reported being a sole or partial owner of their business. The margin of error for this sample is +/-3% at the 95% confidence level. Conducted by Edelman Intelligence, a full-service consumer research firm, the survey was fielded between May 16-24, 2017. As a member of CASRO in good standing, Edelman Intelligence conducts all research in accordance with Market Research Standards and Guidelines.