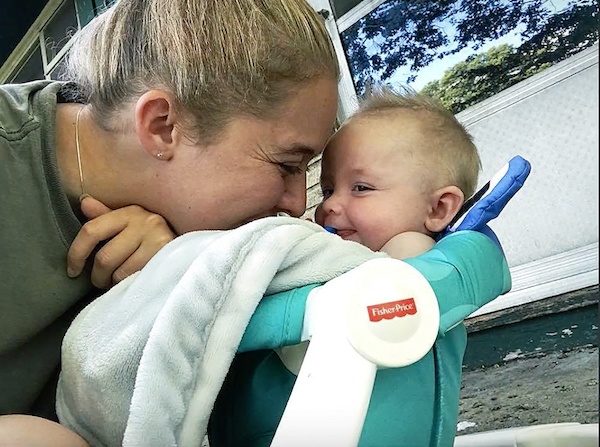 Charlie was seven months old when she started having frequent seizures. Searching for answers to solve this condition, her parents refused to give up after multiple doctors were unable to find a diagnosis. Their journey led them to Nationwide Children’s.

Charlie had her genes sequenced at the Institute for Genomic Medicine at Nationwide Children’s to find the specific cause for her seizures. Properly diagnosing Charlie’s genetic mutation allowed her to receive targeted therapy that significantly decreased her seizures from 15 to 20 a day to less than one in three weeks. The reduction in her seizures has allowed Charlie to grow and participate in normal childhood activities.

These contributions continue to benefit the hospital’s IGM. Established in 2016, the IGM remains one of the few programs in pediatric personalized genomic medicine in the U.S. and focuses on genomics as the root cause of many childhood disorders. The addition of the IGM has directly benefitted families and patients in many areas of care, including children diagnosed with specific cancers, rare diseases, epilepsy or other seizure disorders, and babies born extremely premature.

IGM will expand their work to include behavioral health to better understand underlying genetic connections in complex mental health issues such as autism. In addition to this effort with the IGM, the Innovation Fund will actively seek opportunities to accelerate Nationwide Children’s expansive commitment to behavioral health across multiple domains.

The expansion of the Nationwide Foundation Pediatric Innovation Fund’s support into behavioral health comes at an optimal time when Nationwide Children’s Hospital has launched On Our Sleeves, a national movement helping to improve outcomes for children and families living with mental illness. One in five children lives with a mental illness and 50% of all lifetime mental illnesses start by age 14.

During the past six years, the Innovation Fund has also helped sustain clinical and research efforts that included re-engineering a child’s heart vessels from their own cells. The newly created Center for Regenerative Medicine at Nationwide Children’s is home to the first FDA-approved U.S. human trial to investigate the safety and effectiveness of using tissue engineering to repair congenital heart defects.

“Our longstanding partnership has been able to support meaningful research,” said Nationwide CEO and Nationwide Foundation chairman Steve Rasmussen. “The Nationwide Foundation is dedicated to helping the hospital provide top-ranked clinical care for children in our communities and around the world. Our work together supports efforts to attract world-renowned doctors and researchers who are making significant strides toward innovative medical treatment for children. It is heartwarming to see the impact of these advances and we are excited to expand our support for the hospital’s behavioral health efforts.”