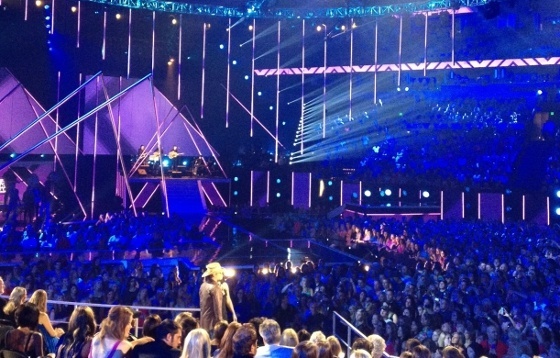 We hope you tuned in to watch country music stars Ashley Monroe, Cassadee Pope, Dustin Lynch and others perform on the Nationwide Insurance Stage in front of thousands of fans.

Before the show started, country music fans gathered outside the Bridgestone Arena in Nashville, Tennessee, for an up-close look at the NASCAR Nationwide Series mobile display, and took part in a special “Nationwide is On Your Side” jingle contest.

A highlight of the CMT Music Awards broadcast was the Nationwide® Insurance On Your Side® Award for best new live act. Thousands of country music fans across the country voted online, and ultimately chose the young performer, Hunter Hayes, as 2013’s best new live country act.

We hope you had as much fun as we did, In the meantime, keep an eye out for contests and promotions, and keep practicing that jingle: “Nationwide is On Your Side.”