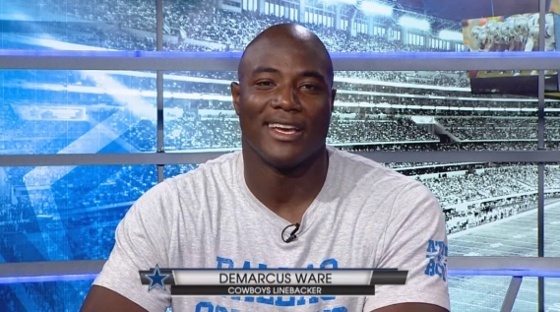 To celebrate the new partnership with fans, Nationwide Insurance will be giving away two DeMarcus Ware-signed items through its Twitter account (@Nationwide) this week—a “Join the Nation” pin flag on Wednesday and a No. 94 jersey on Saturday.

“I’ve spent my entire professional career trying to break through protection,” said DeMarcus Ware, seven-time NFL Pro-Bowler. “Now I’m looking forward to reversing that role by helping Cowboys fans understand how they can better protect the things that matter most to them through Nationwide Insurance.” For the latest Nationwide news, visit Nationwide.com, “Like” us on Facebook or “Follow” us on Twitter.