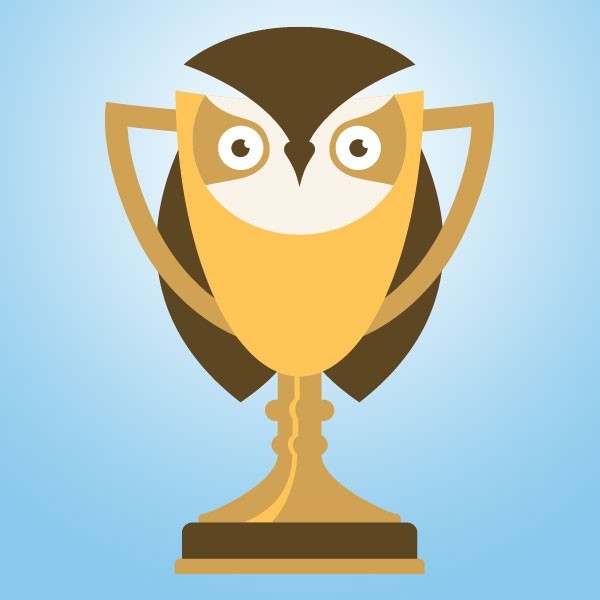 Nationwide recently recognized the contributions of 17 local Iowa and Ohio agriculture teachers with the inaugural Golden Owl Award. Nationwide established the award to honor teachers and support them with additional resources to assist their continued educational efforts in preparing the next generation for successful agriculture careers.

Brad Taylor from Story City, Iowa, and John Poulson from Fulton County, Ohio, were honored as their state’s respective 2018-2019 Ag Educator of the Year. Nationwide recognized Taylor’s and Poulson’s contributions to future industry leaders of agriculture education. As winners, Taylor and Poulson received a trophy and a $3,000 check to further develop their programs to provide optimal student learning.

The 2018-2019 Iowa Ag Educator of the Year, Brad Taylor, is a local agriculture teacher at Roland-Story High School. Throughout his career, he has created a positive program and atmosphere for his students and the community. Taylor recently formed a partnership with a local company to plant an FFA garden cared for by FFA members. In 2018, they donated more than 20,000 pounds of produce to the local food pantry.

“I think it’s important to be a role model for the students that we have in our classes, so they understand what the opportunities are for their futures,” said Taylor. “This award symbolizes the hard work that individuals have put into ag education to help students realize what their full potential is.”Since receiving this award, Taylor has seen a 30-student increase in his agriculture shop class for next fall. He credits this growth to the recognition he received through the Golden Owl.

The 2018-2019 Ohio Ag Educator of the Year, John Poulson, is a local agriculture teacher at Pettisville High School. Poulson has mentored fellow agriculture professionals and made life-long impact on students during his 38 years in the profession. An Ohio State University graduate with a bachelor’s degree in animal sciences and a master’s degree in agricultural education, Poulson challenges his students to try something new which has guided some to become agriculture educators themselves. He was also recognized this year by the Ohio Association of Agricultural Educators with the Teacher Mentor Award. 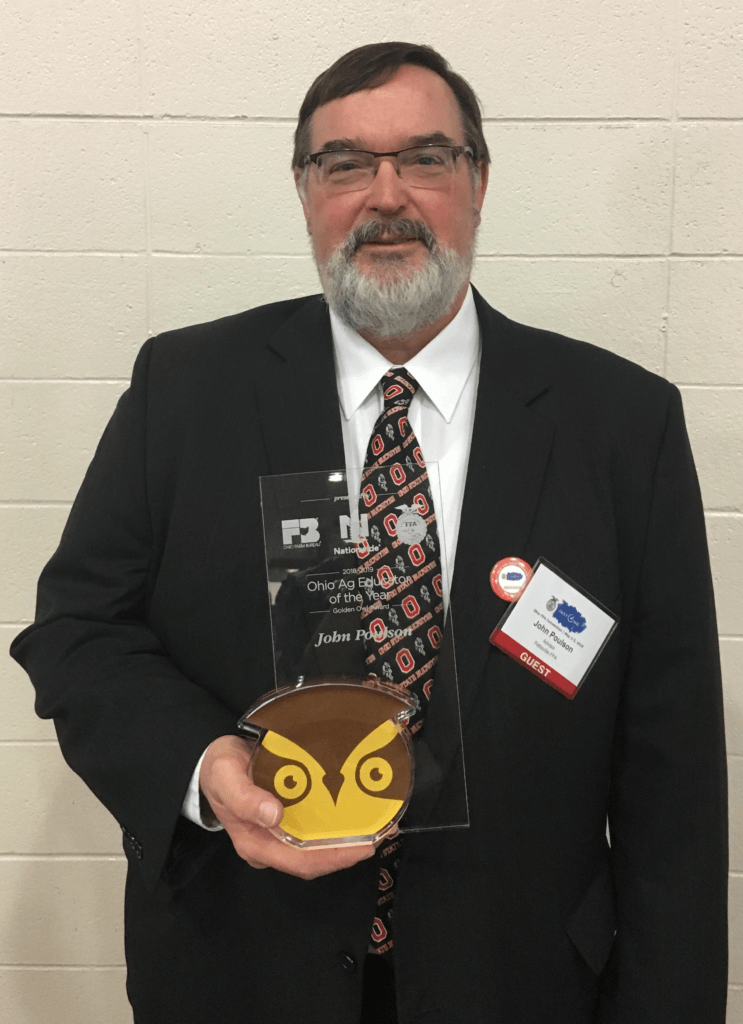 “This award represents the entire Pettisville community because it takes a team effort to teach our students,” said Poulson. “It’s very positive for our future that Nationwide and Ohio Farm Bureau recognize the efforts of all the agriculture teachers across Ohio.”

The fellow nine Ohio and six Iowa Golden Owl finalists were provided an individualized plaque and $500 to support their agriculture programs.

“We’re proud to recognize outstanding teachers for their dedication to agriculture education and their farming communities,” said Brad Liggett, president of agribusiness for Nationwide. “This award symbolizes the hard work that individual teachers have put into ag education to help students pursue their passion for farming.”

The Golden Owl Award helps shed light on the importance of agricultural education and the tremendous contributions of teachers. As the number one farm insurer in the United States¹, Nationwide aims to bring attention to the growing need for agricultural educators. This effort is the result of a partnership between Nationwide, the Ohio FFA and Ohio Farm Bureau.

As a result of the positive response from the communities that Golden Owl nominees make a difference in, Nationwide looks to expand the Golden Owl Award to additional states in 2019.