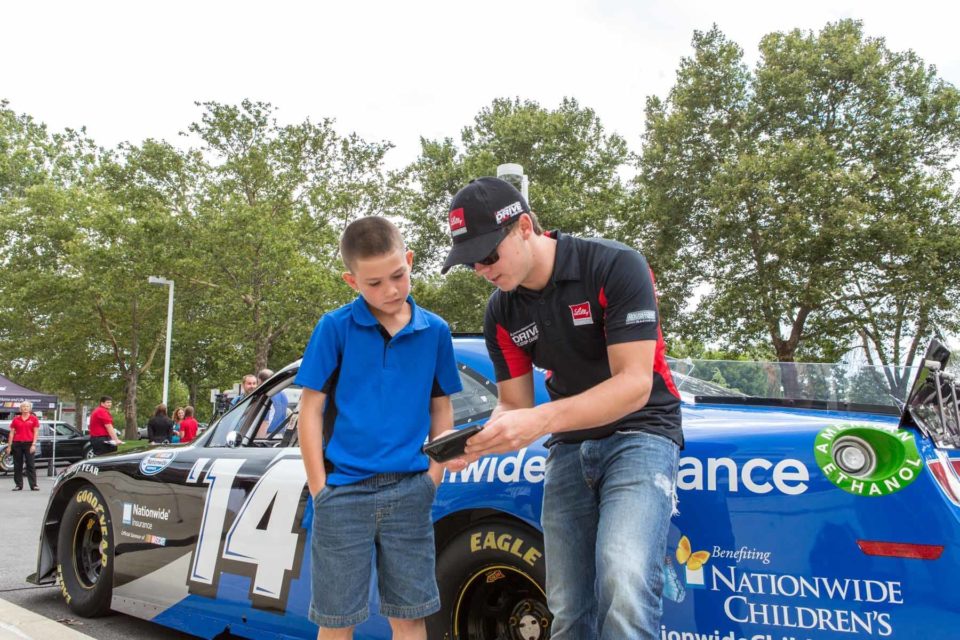 On Aug. 16, the future stars of NASCAR will descend on the Mid-Ohio Sports Car Course in Lexington, Ohio as the course once again serves as home to the Nationwide Children’s Hospital 200. The NASCAR Nationwide series event will feature up-and-coming drivers of the sport like Regan Smith, Elliot Sadler, Chase Elliott and others. While these drivers are chasing down the checkered flag, they will pay homage to the brave battle that their patient champion partners are currently facing.

This year, 10 patients from Nationwide Children’s Hospital will be paired with 10 drivers and their teams as part of the Patient Champion Program, which honors and celebrates the hospital’s patients.

In a special show of support for these brave kids, Nationwide Series teams, drivers and sponsors will generously donate portions of their car’s paint schemes, some of the most visible and valuable real estate in the sport, to benefit Nationwide Children’s Hospital and its patients.

The Patient Champions were given the opportunity to contribute to car design elements. Two of those designs were revealed on July 16 at the race’s kick off event held at the hospital. Ryan Reed, driver of the #16 Lilly Diabetes Ford Mustang and his Patient Champion, Dalton Miller showed off their design. Chris Buescher, driver of the #60 Nationwide Children’s Hospital Ford Mustang and his Patient Champion, Luke Benner unveiled their design, featuring Luke’s picture on the hood of the car.

The final eight designs will be revealed over the next few weeks leading up to the race.

Nationwide Insurance, Nationwide Children’s Hospital, Mid-Ohio and NASCAR will be hosting several events during race week in an effort to generate interest and support for the race.

On Aug. 14, 10 NASCAR haulers will parade through the streets of Downtown Columbus from noon to 1 p.m. The parade concludes at Nationwide Arena, where a NASCAR fan fest will be held. NASCAR fans will get an opportunity to meet some of the drivers who will be participating in the race.

Later that evening, the drivers and their teams will head to Huntington Park to take part in NASCAR Night with the Columbus Clippers. Fans can get autographs and photos with the drivers starting an hour before the first pitch.

Nationwide Children’s Hospital is a global gem that touches the lives of families around the world. Thanks to the generous contributions from donors, the hospital is able to provide critical care for young patients, regardless of a family’s ability to pay.

To purchase tickets for this year’s NCH 200, visit MidOhio.com. Donations to Nationwide Children’s Hospital can be made at NationwideChildrens.org.