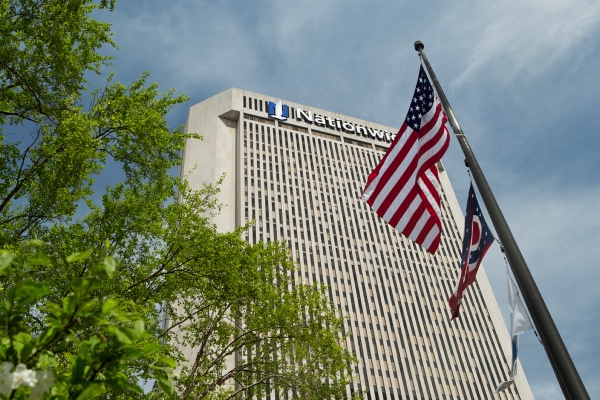 Columbus 2020, the economic development organization for the 11-county Columbus Region, recently unveiled the One of US campaign, a collaborative marketing effort that will increase awareness about the Columbus Region’s diverse economy and how it is driven by many national and global brands.

A partnership of nine organizations – AEP Ohio, a unit of American Electric Power, Battelle, Chase, Columbus 2020, Express, Huntington Bank, M/I Homes, Nationwide and Nationwide Children’s Hospital – have worked together to launch the campaign at Port Columbus International Airport, to coincide with the airport’s unveiling of its $80 million renovation.

“The One of US campaign will elevate awareness of organizations that make a real impact on the economic diversity and success of the Columbus Region,” said Irene Alvarez, managing director, marketing and communications, Columbus 2020. “Visitors will know that the Columbus Region is smart, open and growing – and we want residents to feel a sense of pride for those same reasons.”

The airport campaign, developed in partnership with Columbus-based marketing and communications agency Fahlgren Mortine, features imagery, copy and brand elements that highlight each participating organization and establish the Columbus Region as their home. One of US wall displays and animations on digital screens are installed throughout the airport. At ColumbusRegion.com/OneofUS, stories will feature more information about what the organizations do and how they are connected to the Columbus Region community.

One of US builds equity in the Columbus brand that has been adopted community-wide by several businesses and local organizations, furthering the impact of Columbus marketing and branding efforts. The campaign is also designed to multiply the effect of other Columbus brand installations throughout the airport, consistently reinforcing the vibrancy of Columbus as part of the airport traveler’s experience.

“Port Columbus International Airport is our community’s ‘front door’ and is the right place to launch this effort with some of our greatest partners in economic development,” said Kenny McDonald, president and CEO, Columbus 2020. “This campaign is another example of how our private sector leaders are deeply engaged in strategic efforts that benefit our region’s future.”

Plans for the next phase of the campaign include the addition of more featured organizations on the website and in advertising placements beyond the airport, including print, broadcast and digital outlets.