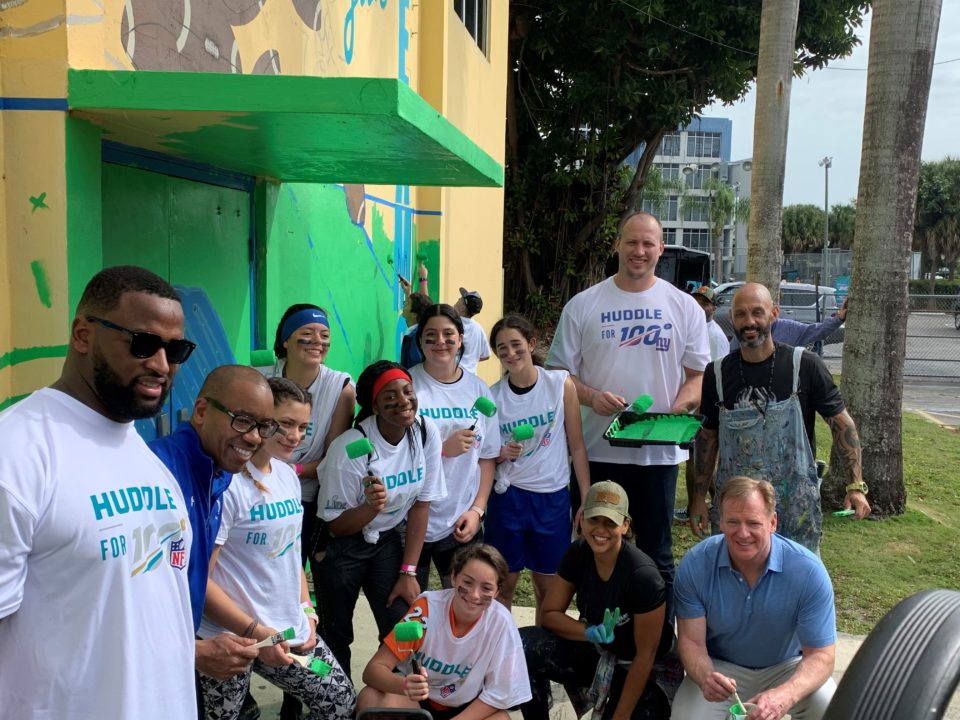 Giving back to others. It’s at the very heart of what Nationwide is. As a mutual company founded more than 90 years ago, Nationwide has always committed itself to improving the lives of others through philanthropy and community service.

Those same core values can be found in the Walter Payton NFL Man of the Year Award, which honors the player who demonstrates excellence not only on the field but also in their community. Named for the late Chicago Bears Hall of Fame running back, the award has become the most prestigious of all NFL awards.

When Nationwide began its sponsorship of the award in 2014, it was with the idea that Nationwide could shine a national spotlight on the work being done in the communities by the 32 team nominees.

The spirit of giving was on full display in Miami during Super Bowl 54 week. The nominees as well as Nationwide and NFL executives visited the Miami Boys and Girls Club to play with the children and work on various projects designed to improve the facility. They also spent time mentoring the kids to teach them the value of being a leader by giving back. 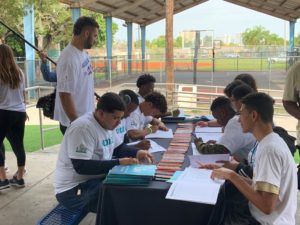 Later that day, several of the nominees took to Radio Row to talk to the media about their foundations and how Nationwide’s support has helped raise awareness of their work so they can help even more people.

On Saturday night, the NFL named Jacksonville Jaguars defensive lineman Calais Campbell the 2019 Walter Payton NFL Man of the Year winner. Calais’ charity, The CRC Foundation, is named for his late father, Charles, who passed away in 2003. It’s committed to the enhancement of the community through the teaching of critical life skills to young people. Through sports, creative talents, vocational skills, financial skills and quality health and nutrition, the CRC Foundation is dedicated to developing young people into empowered and self-aware leaders for the future.

“Calais is an inspiration to us all. He’s an awesome leader on and off the field, using his time and talent to make a positive difference for others,” said Nationwide Chief Marketing Officer Ramon Jones. “He truly represents the best-of-the-best for this year’s Walter Payton NFL Man of the Year award.”

“This award has been very prestigious for a long time because of what it represents and the people that have won it, guys who have dedicated themselves to their communities,” Campbell said. “I’m just honored to be a part of it.”

Even though Calais won the award, each team nominee has demonstrated the tremendous positive difference people can make in the lives of others. And for that reason alone, everyone wins. 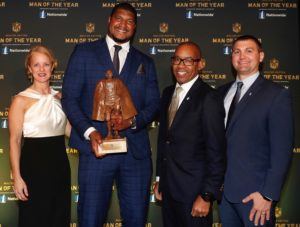