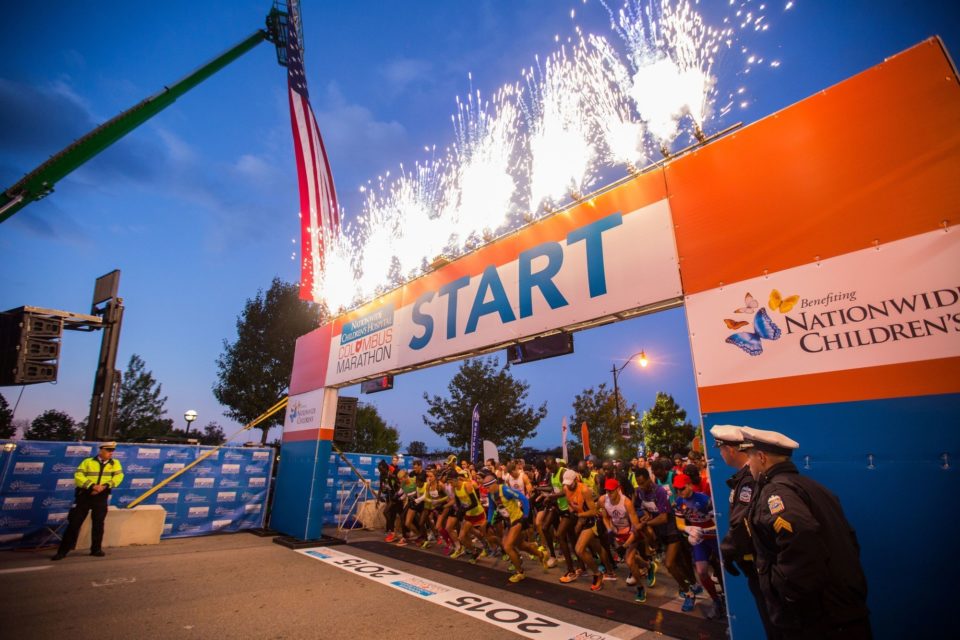 At 17, the last thing a kid should be worrying about is a potential heart attack.

But for Casper Montgomery, this was a genuine fear.

Casper was referred to Nationwide Children’s Hospital for triglycerides elevated three times higher than the normal level. Once there, he was enrolled in the hospital’s Center for Healthy Weight and Nutrition and the New U program.

Through this program, he learned how to incorporate activity and healthy eating into his life. Armed with new tools and motivation to live a healthier lifestyle, Casper has lost 100 pounds since he started the program in June of 2014.

Casper was Nationwide’s Patient Champion for this year’s Nationwide Children’s Hospital Columbus Marathon & 1/2 Marathon. He represented Nationwide on Mile 12 and cheered on the runners and walkers supporting the hospital’s life-saving work.

“Thanks to the team of doctors and nurses at Nationwide Children’s Hospital, I have a healthier son and healthier family,” said Meg Montgomery, Casper’s mother and a Nationwide member care representative in Dublin, Ohio. “The hospital staff has taught my whole family to be more active and eat healthier, helping save my son and the rest of the family in the process.”

Nationwide associates also played an important role in making the Nationwide Children’s Hospital Marathon & 1/2 Marathon a success. More than 80 associates ran in the race and another 100 associates volunteered their time.

“This wonderful community collaboration is benefiting children in our community, across the United States and around the world. We are proud to sponsor the Nationwide Children’s Hospital Columbus Marathon & 1/2 Marathon” said Chad Jester, vice president of corporate citizenship at Nationwide.

For more information on the company’s giving history, click here.