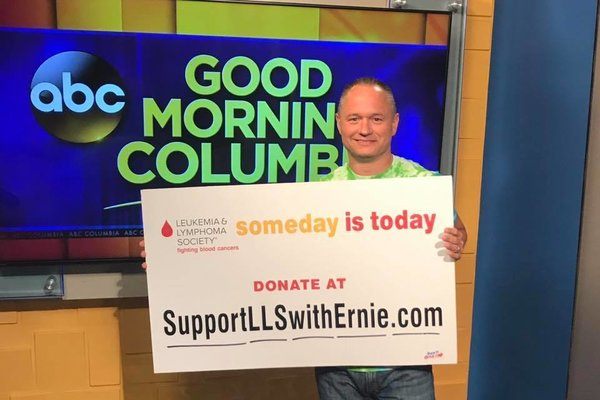 For Agent Ernie Yarborough, the stats were staggering: leukemia is the leading cause of childhood cancer deaths.

A weekly volunteer at Palmetto Health Children’s Hospital in Columbia, S.C, Ernie’s goal while at the hospital is to take a child’s mind off why they are there. Whether he plays Uno with the kids or rides tricycles up and down the hallways, making a child smile is most rewarding for him.

After being involved at Palmetto for more than two years, Ernie decided it was time to do more. But what?

Ultimately, the endurance athlete landed on a swim. An 11-mile swim, to be exact.

After accumulating more than 350 miles during training, in May 2017, Ernie swam the 11.1-mile distance from Timberlake Country Club to the Lake Murray Dam.

It took him more than seven hours. But in the end, he raised nearly $100,000 for the Leukemia & Lymphoma Society (LLS).

“It was harder than I thought it’d be; the forecast was wrong, and the day ended up colder than I had planned for,” Ernie said. “My lips started to turn purple, and my family, on the boat, contemplated pulling me in with two miles to go.”

But Ernie knew there were kids waiting at the finish.

“There was no way they were pulling me out,” he said.

Now, Ernie’s training for a 100K run, which he hopes to complete in one day.

“Kids are still fighting cancer, so I’m going to help them — and raise money for them — the only way I know how,” Ernie said. “And that’s crazy endurance things.”