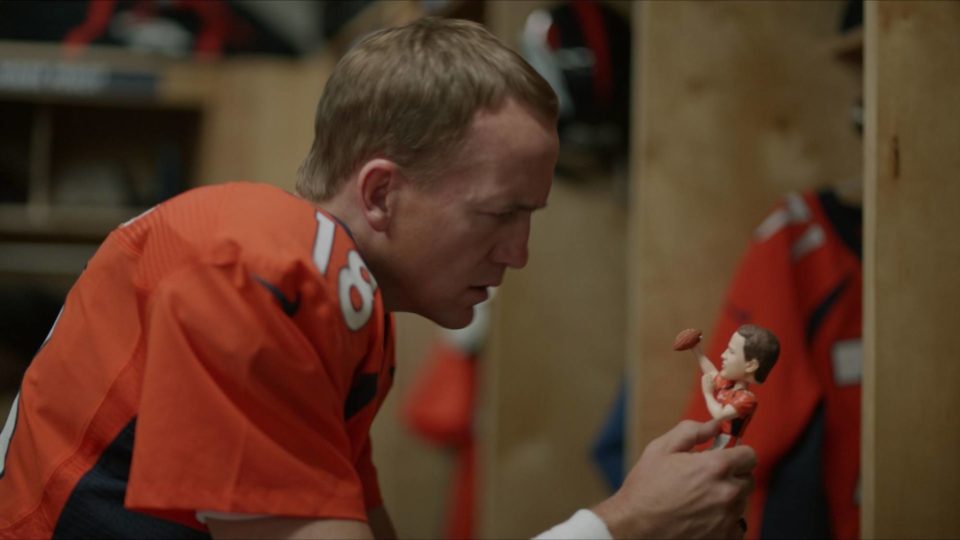 Following the success of last year’s ‘Jingle’ ad featuring Peyton Manning, Nationwide unveiled its newest advertising featuring the Denver Broncos quarterback. This new ad will debut during the 2015 NFL Kickoff game on Sept. 10 on NBC and will run throughout the season.

“The original ‘Jingle’ ad was one of the highest performing television ads in the history of our brand,” said Nationwide chief marketing officer Terrance Williams. “It became so engrained in pop culture that people would speak to Peyton using the jingle when they would see him. We used those experiences to develop this new ‘Jingle’ themed advertising.”

“I was really amazed by how much fans embraced the first ‘Jingle’ ad,” said Manning. “I think this latest version of the ad will really capture just how much Nationwide’s jingle has become part of my everyday life.”

Nationwide will refresh the ad with new Peyton “Jingle” moments throughout the season.

The new ad is just one of several new enhancements Nationwide has incorporated into its marketing plan for the second of a three-year sponsorship agreement with the NFL.

Nationwide also announced that in addition to its continuing partnerships with the Dallas Cowboys and the Denver Broncos, the company has entered into relationships with six new teams in 2015 – the Arizona Cardinals, Atlanta Falcons, Chicago Bears, Cincinnati Bengals, Oakland Raiders and Pittsburgh Steelers. These new relationships will allow Nationwide to use team branding and logos in advertising and other marketing materials.

With these new deals, Nationwide has developed team specific advertising to connect with the passion of the fans of those teams. Those ads were released digitally at the end of August.

“Teaming with the NFL and its clubs allows us to spread our ‘On Your Side’ promise to fans everywhere,” said Williams.

The company will also increase its efforts around the Walter Payton NFL Man of the Year Award, presented by Nationwide.

“Our first year associated with this prestigious award opened our eyes to the amazing work these athletes are doing in their communities,” said Williams. “Nationwide will increase our contributions to the players and their foundations by $30,000 as we continue to shine a brighter spotlight on their philanthropic efforts.”