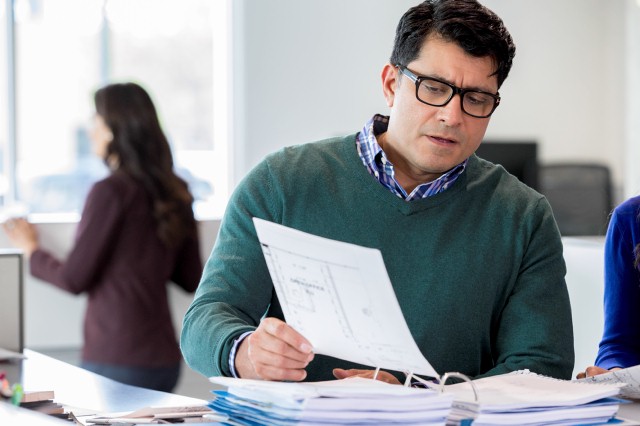 Having access to a workplace retirement plan is a top predictor of retirement preparedness. Unfortunately, many small businesses find it difficult to offer these benefits and with almost half of the American workforce employed in this area, a large portion of the population’s financial future is compromised.

Today, there is pending federal legislation that would make it easier for small businesses to offer workplace retirement plans such as 401(k)s and IRAs. The SECURE Act, short for “Setting Every Community Up for Retirement Enhancement Act,” is one of the largest proposed overhauls of the U.S. retirement system in decades.

One feature of the SECURE Act is the ability to establish open multiple employer plans (MEPs), where multiple businesses participate in a single qualified retirement plan, reducing individual company’s costs, fiduciary liability and administrative needs. Nationwide helped develop this provision in early retirement reform discussions through the development of a small business tax credit. The SECURE Act will provide an annual tax credit which covers up to $5,000 of plan costs for the first three years that an employer offers a plan, which helps to ease any financial burden.

Beyond helping business owners and employees financially prepare for retirement, the ability to offer a 401(k) has significant business benefits – nearly nine in 10 business owners agree that it provides both their business and employees tax advantages, helps attract and recruit top talent and helps improve employee retention, according to Nationwide’s survey. Unsurprisingly, small businesses want to be able to offer 401(k) plans that rival those at large corporations and 80% believe the passage of the SECURE Act would allow them to do so.

“This much-needed and highly anticipated reform is an opportunity to create new avenues for small business owners to offer and their employees to access workplace retirement plans, subsequently increasing the retirement security for millions of Americans,” said John Carter, president and COO of Nationwide Financial. “We firmly believe the SECURE Act will benefit many Americans, and that is why we’ve signed our support in asking the Senate to make it a top legislative priority and pass the bill this year.”

Nationwide, alongside over 90 trade associations, non-profit organizations and companies, recently sent a letter to Senate Majority Leader McConnell and Minority Leader Schumer urging them to take quick action to pass the SECURE Act this year.

Nationwide’s survey also found that 84% of business owners are at least slightly familiar with the SECURE Act and two in five owners are interested in learning more about the legislation. Younger business owners between the ages of 18 and 34 are more likely to have heard of the SECURE Act, with 93% saying they are at least slightly familiar with it, compared with 79% for those between ages 35 and 54, and 76% over the age of 55.

“Building secure financial futures for all American workers begins with making sure they have access to retirement planning tools,” Carter said. “There is an urgent need for the Senate to pass the SECURE Act and to encourage small businesses to offer workplace retirement plans to their employees.”

Methodology
Nationwide commissioned Edelman Intelligence to conduct an 11-question, online survey between August 22-28, 2019, among a sample of 400 U.S. business owners. Business owners are defined as having between 11-500 employees, being 18 years or older, self-reporting as either a sole or partial owner of their business, and offer a 401(k) plan to their employees. The margin of error for this sample was +/- 4.9 percent at the 95 percent confidence level. As a member of CASRO in good standing, Edelman Intelligence conducts all research in accordance with Market Research Standards and Guidelines.