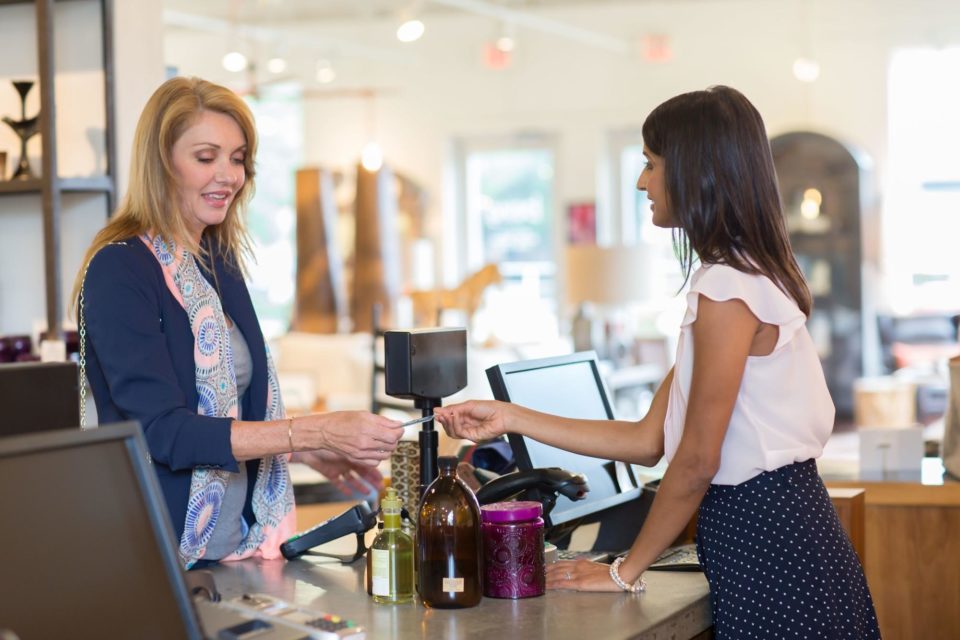 Survey: 79 percent of small business owners do not have a cyber attack response plan, even though 63 percent admit they have been victims of at least one type of cyber attack

A new survey by Nationwide reveals that almost eight in 10 small business owners (79 percent) do not have a cyber attack response plan, even though a majority of them (63 percent) have been victims of at least one type of cyber attack.

The survey was commissioned by Nationwide — the No. 1 total small business insurer — and conducted online by Harris Poll between June 8 and June 19, 2015. It focused on 500 U.S. small business owners with fewer than 300 employees, and who have at least a moderate role in employee benefit selection.

“The holiday shopping season kicks into high gear this month, with Thanksgiving, Black Friday and Small Business Saturday,” said Mark Berven, president and chief operating officer of Nationwide Property & Casualty. “But unfortunately, this is also the time of year when many cyber criminals target shoppers and businesses. Our goal is to help companies and their insurance agents protect customers year round.”

At the same time, 73 percent are at least somewhat concerned with a potential cyber attack affecting their business — especially since 63 percent of small business owners admit they have been victims of at least one of the following: 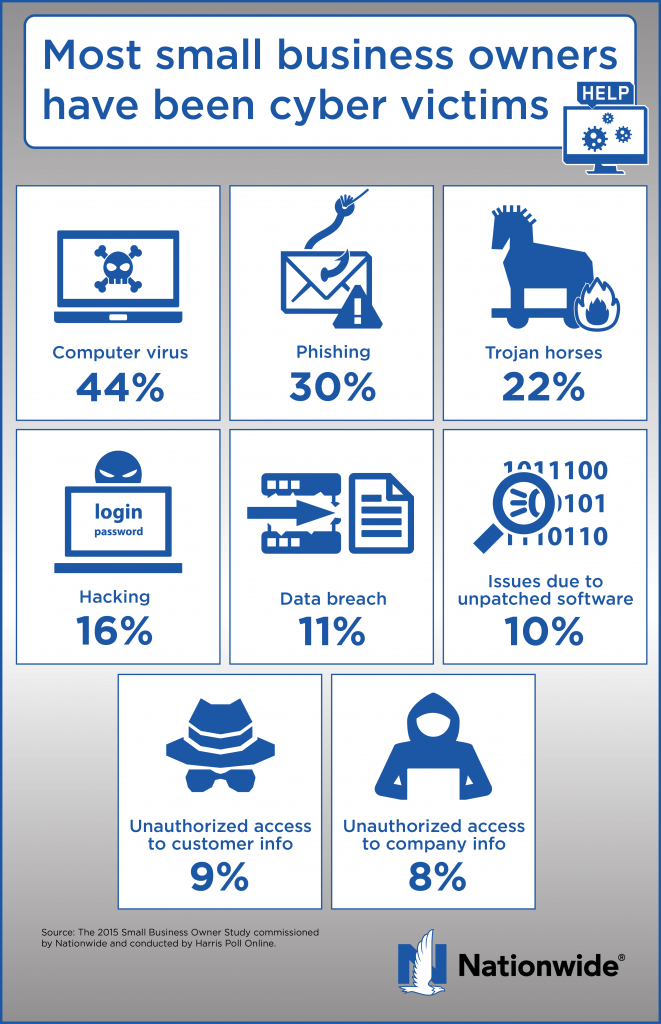 To help small business owners and their insurance agents create a cyber security plan, here are some helpful solutions.

For information about Nationwide’s cyber insurance through Hartford Steam Boiler, check out http://www.nationwide.com/cyber-liability.jsp and http://www.munichre.com/HSB/cyber-insurance/index.html.

You can also access even more cyber security tips and resources at the following government sites:

The 2015 Small Business Owner Study was conducted online, between June 8 and June 19, 2015, by Harris Poll, on Nationwide’s behalf. The respondents comprised a representative sample of 500 U.S. small business owners, defined as having companies with less than 300 employees, and who have at least a moderate role in employee benefit selection. Results were weighted to be representative of small business owners in the U.S. Research participants were drawn from the Harris Poll Online (HPOL) research panel and partner sample. Because the sample is based on those who were invited to participate in the HPOL panel, estimates of theoretical sampling error cannot be calculated. Percentages were rounded to the nearest whole percent. Differences in the sums of combined categories/answers are due to rounding.

Nationwide, a Fortune 100 company based in Columbus, Ohio, is one of the largest and strongest diversified insurance and financial services organizations in the U.S. and is rated A+ by both A.M. Best and Standard & Poor’s. The company provides a full range of insurance and financial services, including auto, commercial, homeowners, farm and life insurance; public and private sector retirement plans, annuities and mutual funds; banking and mortgages; pet, motorcycle and boat insurance. For more information, visit www.nationwide.com.