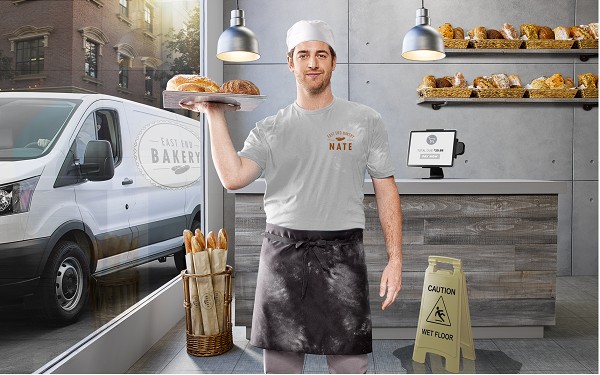 As the No. 1 total small-business insurer[1] in the country, Nationwide remains the carrier of choice for more than 500,000 small business clients.

“We have a long heritage of serving small businesses,” said Mark Berven, president and chief operating officer of Nationwide. “For over 90 years, we’ve been helping agents and businesses protect what matters most. This tool is just one more example of our commitment to the commercial market — especially those on Main Street.”


In addition to being the No. 1 total small-business insurer, Nationwide is the second largest domestic specialty commercial lines insurer[3] — and the No. 1 farm insurer[4] and provider of pet health insurance as a voluntary benefit among U.S.-based businesses.

“As one company with a diverse portfolio, we’re a solutions-oriented partner,” Berven said. “That’s why over half a million small-business clients trust us to help protect their life’s work.”

For more information or to request a commercial contract appointment, view Business Insurance Solutions from Nationwide.

[2] The 2015 Small Business Owner Study was conducted online, between June 8 and June 19, 2015, by Harris Poll, on Nationwide’s behalf. The respondents comprised a representative sample of 500 U.S. small-business owners, defined as having companies with less than 300 employees, and who have at least a moderate role in employee benefit selection.

Nationwide, Nationwide is on your side, Join the Nation, FastPath and the Nationwide N and Eagle are service marks of Nationwide Mutual Insurance Company.