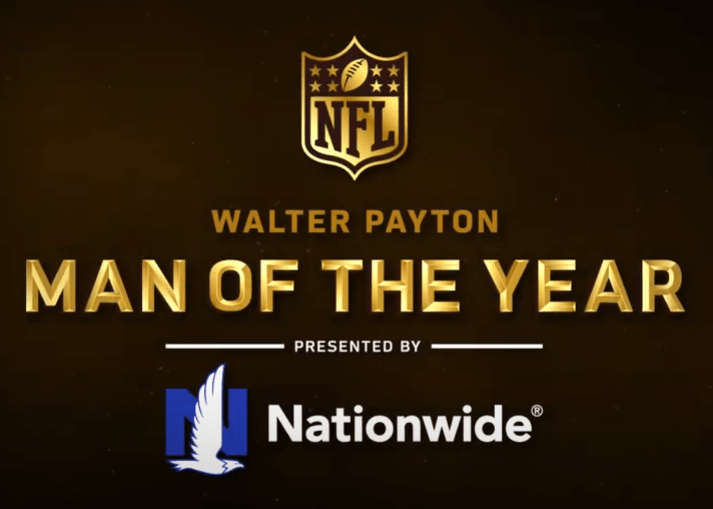 Normally, sports provide people a much-needed distraction during trying times.  However, the COVID-19 pandemic has taken away the respite of watching our favorite professional athletes and teams compete. The NFL offseason schedule has also been impacted by the crisis.

The coronavirus forced league officials to hold the normally in-person NFL Draft, virtually. But the show did go on, reminding fans of a future that includes an eventual return of football and all the other sports we love. The 2020 NFL Draft also provided a platform for NFL players to provide support and raise funds for those fighting the disease.

Nationwide, the presenting sponsor of the Walter Payton NFL Man of the Year award, teamed up with previous Man of the Year winners and nominees to create a video promoting the fundraising message of the NFL Draft-A-Thon and encouraging fans to contribute.

The group, along with Warrick Dunn (2004 winner), also recorded a second message to express gratitude to the first responders and front-line medical professionals who are working tirelessly and sacrificing greatly to keep our communities safe.

“Sports give us a powerful platform to unite. Nationwide is honored to partner with the NFL to provide aid to those making a difference in communities where the help is needed most,” said Ramon Jones, Chief Marketing Officer for Nationwide. “These players are showing the world that we’re all in this together and that we got this!”