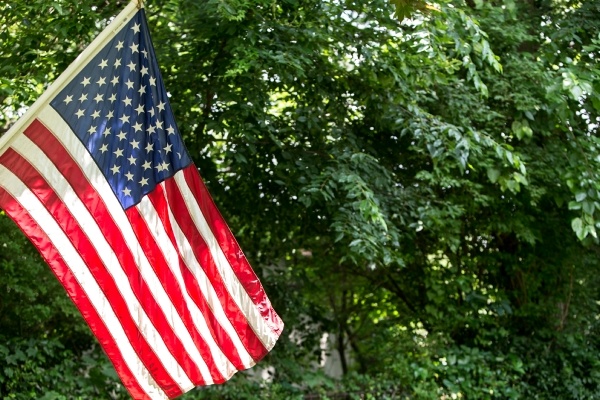 The cardinal rule about displaying the American flag is to do it respectfully.

In 1924, a committee of Army and Navy representatives met with other nation groups to work out a code of flag etiquette, establishing a set of rules for displaying Old Glory.

The code, was approved by the committee on what became Flag Day, June 14.

Congress approved the U.S. Flag Code in 1942, establishing an official etiquette for the handling and display of the U.S. Flag.

The essential rules for displaying the flag include:

There are no limits on the size of displayed U.S. flags, and it’s fairly common nowadays to see flags that could cover most of a football field. But no flag displayed alongside of the U.S. flag should be larger.

For home display, the standard practice is to use a staff that angles upward from a home’s front wall, though it’s also appropriate to hang the flag horizontally. The staff should be held in place by a bracket or screw.

The homeowner should be careful not to let the flag touch the ground or the floor. The “union,” the field of stars, should always be positioned at the flag’s peak. When the flag is displayed against a wall, the union should be at the top left.

You can fly a flag from your car, with the staff firmly attached to the right side of the car.

Flying at half staff

The U.S. president or any state governor can order flags to be flown at half-staff and set the length of their remaining that way. The rule of thumb is 30 days for the death of a president or former president, 10 days for a vice president, a chief justice of the Supreme Court or the speaker of the House of Representatives.

To retire or dispose of a damaged flag, Section 176 of the U.S. Flag Code says that when “The Flag…is…no longer a fitting emblem of display, should be destroyed in a dignified way, preferably by burning.” Respectfully place the folded flag at the center of a fire, being careful not let fragments of the flag drift away. Then bury the ashes.

Before you do this, however, be sure to check local ordinances about building fires. Also, check the material of the flag; burning nylon or other artificial fibers can create a health hazard. If you have no other option, check with patriotic organizations in your community, like VFW or the Boy Scouts, about leaving the damaged flag for them to dispose of.

Clearly, the rules for using the U.S. Flag are complex, often addressing issues of handling and treatment of the flag in microscopic detail. But the rules are a mark of the seriousness with which Americans treat their bond with their native land and the reverence they have for their national flag.