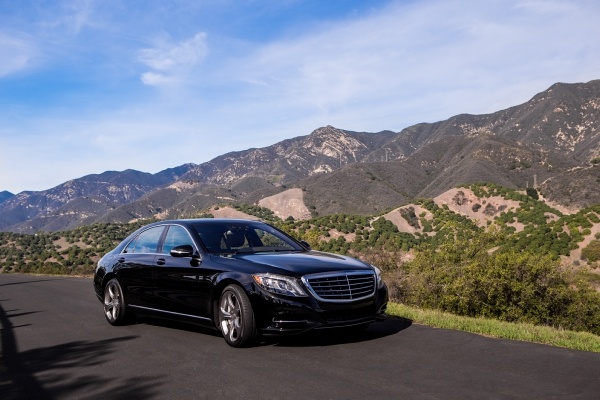 In 10 years, the automotive industry as we know it will change. Driven by new technology, experts predict everything from the car-buying experience to the features drivers can access will shift.

To explore these changes, Earl Stewart, owner of Earl Stewart Toyota of North Palm Beach, Fla., Yo Koga, CEO of Drivemode and Palash Misra, director at STAX, provide insight on the surprising trends that will emerge in the automotive industry by 2025.

By 2025, the majority of customers will purchase cars online, not from a dealer, predicts Earl Stewart, owner of Earl Stewart Toyota of North Palm Beach, Fla.

“I refer to this trend as the ‘Amazon-ification’ of car buying,” he says. “In other words, customers will shop for and buy a car online with one click, just like they buy a gift online.”

To try and keep up with this shift, Stewart, and many dealers like him, have upgraded their websites to allow customers to buy cars online.

“Online car buying is moving at warp speed. We sell about 400 to 500 cars a month and about 50 percent of those are online purchases,” he says. “The customer pays for the car online, and we deliver it to their driveway.”

Stewart predicts that dealer franchises, like the one he now runs with his wife and two sons, will become extinct.

“It’s a scary time for franchise dealers like myself,” Stewart says. “It’s likely that customers will buy cars straight from manufacturers in the near future.”

Customers have bought cars from dealerships for years, but manufacturers like Tesla have fought to sell directly to the customer without using dealerships.

“There are a series of state laws that protect dealerships, but I think things will change in the future,” Stewart says. “Customers want a simple buying process and if they’re allowed to buy from a manufacturer, they’ll likely seize that opportunity.

An increasing number of cars will become driverless

Cars come with a variety of “assistive technologies” right now. Customers can buy a car that parallel parks on its own or brakes automatically when it’s too close to another car.

This technology will not only become mainstream, it will also advance, Stewart predicts.

“I believe cars will become totally autonomous,” he says. “There will come a point where a driver will give the car commands like ‘take me home’ and the car will respond accordingly.”

Manufacturers are already working on driverless cars, and four states already allow them on the roads legally.

As the public becomes more familiar with assistive technology, the demand for more features will increase. In turn, that could put pressure on lawmakers to allow driverless cars on the roads.

Creating cool features in cars won’t just be left to automakers. In the future, tech companies will become a force in the automotive world, predicts Yo Koga, CEO of Drivemode, a free Android app that provides access to a smartphone through voice commands.

“Big tech companies like Apple and Google are already offering mobile apps and other tech solutions to basic automotive problems,” says Koga. “This will inspire more and more small tech companies to begin developing connected car solutions in an effort to beat the automakers at their own game.”

“Millennials do not appear to be embracing the car culture,” he says. “With the rise of companies that provide rides on demand, the growth of bike sharing and the increase in public transportation ridership, there’s reasonable proof that an entire generation will be less likely to buy cars.”

Reports show the number of 16 to 24-year-olds traveling to work by car is declining. The percentage of high school seniors with driver’s licenses is also dropping, from 85 percent in 1996 to 73 percent in 2010.

“The younger generation will schedule transportation versus owning a car,” Misra says.