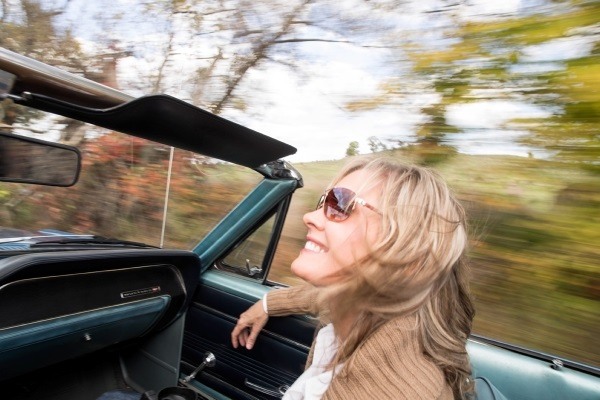 With summer here, chances are you’ll be on the road a lot more. Summer road trips are a great American pastime. If you’re also a car lover, consider making your destination one or more of several fascinating automotive museums scattered around the country.

“It is important that people understand our automotive history,” said Mary Ann Porinchak, president of the National Association of Automobile Museum. “The automobile changed and continues to change the way we live. … When people visit our museums, they are going to learn something new.”

The Antique Automobile Club of America Museum in Hershey, Pa., structures its permanent collection as a road trip from New York to San Francisco, starting with vehicles from the 1890s and ending up with 1980s models by the time viewers reach the West Coast. The museum, which is an affiliate of the Smithsonian Institution, displays restored cars, buses and motorcycles and changes its exhibits frequently.

Current exhibits include “Early Off-Roaders,” showcasing the precursor to today’s sport utility vehicle, the Ford Jeep, developed for the U.S. military in 1940 during World War II. The exhibit also features popular successors such as the Ford Bronco, and wraps up with examples of the earliest SUVs.

Located about two hours north of Baltimore off Interstate 83 and two hours east of Philadelphia off Interstate 76, the museum is one of many things to do in Hershey, including Hershey’s Chocolate Tour, a perennial favorite with kids.

The National Corvette Museum in Bowling Green, Ky., features 115,000 square feet of everything Corvette, the Chevrolet sports car first built in 1953. In 2014, the museum attracted national attention when a sinkhole opened under the building and swallowed eight of the 80 Corvettes on display. All the vehicles were recovered and restored, and the attention led to an increase in attendance.

The National Corvette Museum is just down the road from General Motors’ Bowling Green Assembly Plant, where Corvettes have been built since 1981. In fact, Chevrolet offers Corvette buyers a chance to take delivery at the museum. The company offers buyers and their guests a special tour of both the museum and the plant.

The National Corvette Museum is just one hour north of Nashville and two hours south of Louisville, Ky, off Interstate 65.

The Automotive Hall of Fame celebrates all things automotive, from the inventors and innovators to the vehicles themselves and the people who raced them and even sold them. The hall of fame includes a library with archival material relating to the inductees and to automobile history in general. It is located in Dearborn, Mich., a suburb of Detroit, and is about 300 miles from both Chicago and Indianapolis, a city that has some rich automotive history of its own, albeit more of the racing variety.

The Automotive Hall of Fame sits across the parking lot from the Henry Ford, which includes the Henry Ford Museum, Greenfield Village and the Ford Rouge Factory.

The Petersen Automotive Museum in Los Angeles is one of the largest of this group. The museum completed a $90 million makeover late last year and now displays more than 100 vehicles. In the Vault below the museum’s main floor, you’ll find roughly 150 more models, spanning 100 years of automotive history. They can be viewed for an additional charge.

Among several current exhibits are “Rolling Sculpture,” a celebration of high-design cars for connoisseurs built from the 1920s on, and “Hot Rods & Customs,” featuring a selection of highly original vehicles. Aficionados with a love of low-slung speed machines use aftermarket equipment to create unique cars that become expressions of their own style, to which this exhibition pays homage.

“We believe the Petersen is one of the top automotive experiences in the world,” says Terry L. Karges, executive director of the Petersen Automotive Museum. “Our guests will experience the most technologically advanced storytelling capabilities of almost any museum of any type in the world.”

The museum is just two miles off Interstate 10 and about 50 miles north of Anaheim, Calif. You also might want to check out the Mullin Automotive Museum in Oxnard, Calif., and the California Route 66 Museum in Victorville, Calif.

Before you pack up for your trip, prep for your museum tours by learning the history of American muscle cars.