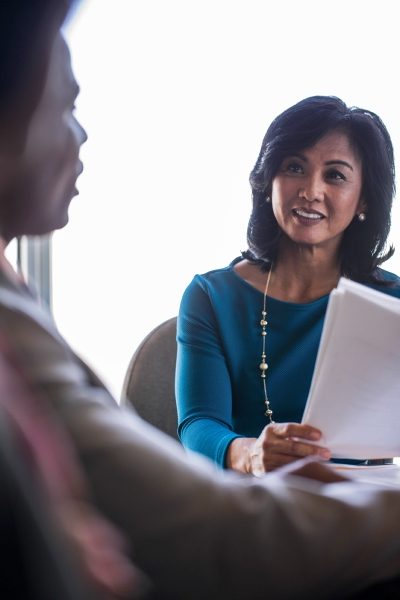 Few business owners would make an important hire without a reference or letter of recommendation. But it’s becoming much more difficult to gauge how forthright those recommendations are, especially if there’s reason to suspect a candidate might have a checkered work history.

Given the fear of litigation, caution is understandable on the part of companies with policies that limit what managers can say about current or former employees in letters of recommendation. In fact, some companies will only provide a candidate’s dates of employment as a matter of policy. Friends and family members asked to serve as references are just that – friends and family, with a vested interest in talking up the candidate.

So what can you do to read between the lines of a recommendation or reference? Below are a few things to look out for, but bear in mind that, like snowflakes, no two prospective hires – or their past work experiences – are identical. Each should be considered as part of a broader look at a job candidate’s background, qualifications, and aptitude for the job during interviews or other hiring activities.

By the time you’re checking references, you should have a pretty clear understanding of the prospective hire’s background and the responsibilities of his or her previous positions. Be cautious if a recommendation contradicts key things you’ve heard from the candidate including dates of employment, titles and roles. That’s especially true if the reference is a direct supervisor or someone else who should know this information well.

Does the reference write and discuss the candidate’s strengths and accomplishments in detail? Specific examples speak volumes about what the reference thinks of your prospective hire, while more general comments, even when positive, may speak to less knowledge or enthusiasm about the candidate on the part of his or her reference.

Is the person offering the recommendation a coworker, a manager or the company’s CEO? Prospective hires may have good reasons for using the references they choose, but a high-level executive who’s happy to write about or discuss your prospective hire’s accomplishments can be a strong indicator of his or her impact.

Keep in mind, however, that some companies – especially large ones – may have policies that limit who can offer references and what can be shared. In some cases, even the best employees may only be able to solicit a perfunctory written statement from the HR department of their current employer.

There may be no “I” in “team” but that one letter can mean the world in a recommendation. Does the reference use statements like “I recommend” or “I know”? One education professional calls these statements “a sign of genuineness.”

If you’re phoning references, their tone of voice can speak volumes about what they think of an employee – even if they’re limited in what they can (or will) say. Are they cheerful? Guarded? Enthusiastic? Hesitant? In similar fashion, the tone of written recommendations can suggest the reference’s level of enthusiasm or confidence.

Small-business owner and MoneyWatch columnist Michael Hess says he often relies on an oft-heard question: Would you hire this person again? “It may be cliche but the way it’s answered, if at all, is also telling,” Hess writes. “There’s a difference between ‘I’d consider her again’ and ‘Omigosh, in a heartbeat.’”

Of course, different people act in different ways when they’re asked to serve as a reference, and some people may simply feel awkward discussing personnel matters. So demeanor or written tone, like all of the factors described above, shouldn’t stand alone as the deciding factor in making a hire.