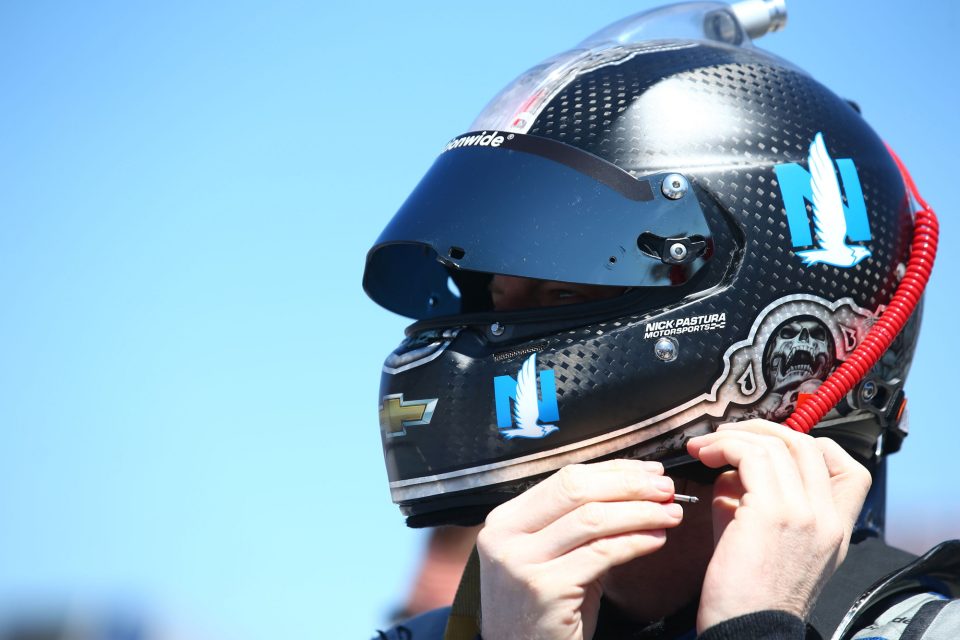 Every sport carries some element of danger – and NASCAR racing is no exception. But in recent years, new measures and innovations have helped make the sport safer both for fans and for drivers.

Reigning in a 3,300-pound car is no easy feat, and it obviously takes a skilled and seasoned driver to maneuver around a track. Drivers work hard in the gym to build the strength and stamina required to wrestle with a steering wheel for several hours at a time, and spend years training before they make it to the track. Even so, it takes a concerted effort to ensure everyone’s safety.

Each decade has brought about new ways to keep drivers safer. It’s hard to imagine a time when drivers raced without helmets, but a hard-shell helmet for racecar drivers wasn’t even manufactured until the 1950s, and a full-face helmet didn’t become mandatory until 2001. Today, however, full-face helmets are part of a NASCAR driver’s uniform as they protect his head, face and neck.

Here’s a look at some of the other innovations that help keep drivers, their crew and their fans safer at the track:

1. SAFER barriers. The Steel and Foam Energy Reduction barrier, or SAFER, is also referred to as a soft wall. It lines the walls of an oval track to absorb the impact of a crash – and is more forgiving than the concrete walls. Many tracks have been retrofitted with SAFER barriers, and in 2006 the Iowa Speedway became the first track built with the barriers all around the track.

2. Fire suits. Racing suits look cool, but they also play a crucial role in driver safety. NASCAR drivers wear fire-retardant suits, under garments, shoes and gloves to protect them in case of a fire. Many also wear a heat shield on the bottom of their shoes because the engine heats up during a race.

3. HANS device. This Head and Neck Support device, also known as a head restraint, secures the helmet to the driver’s body instead of to the seat, which keeps the driver’s head from whipping around if there’s a crash. It’s the only device NASCAR has allowed drivers to use since 2005.

4. Seats. Just as other features inside the racecar have evolved to improve safety, the seat has become more high-tech. Carbon fiber (instead of aluminum) absorbs the shock of impact and the seats are now designed to wrap around the driver’s rib cage to provide more support during a crash. Some of the newer seats also wrap around a driver’s shoulders.

5. Window nets. Not only do they protect the driver from flying debris if there’s a crash, the nylon netting on NASCAR windows also make sure the driver’s arms are contained. After a crash, drivers lower the window net as a signal that they are not injured.

6. Seat belts. When shoulder harnesses were introduced in the 1960s, many drivers resisted using them because they didn’t want to be pinned into their seat in the event of a fire. But today drivers wear a six-point harness that secures them in their seat – and all of the belts are connected to a single latch that allows for a quick release in case they need to exit the car.