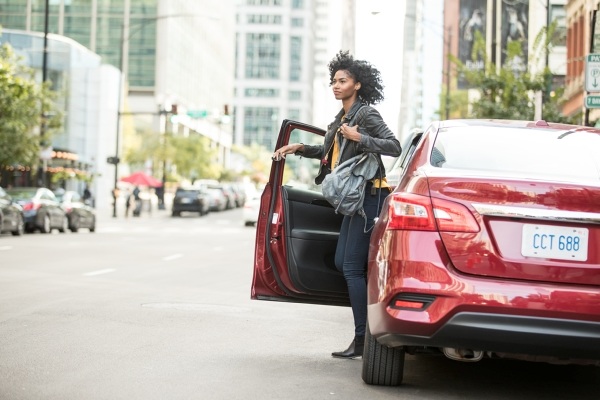 Since the post-World War II years – dating back at least to the 1950s – Americans have been in love with the automobile. Coming of driving age and earning that all-important driver’s license became a rite of passage that has been the focal point of many a teenager’s existence. But today, that love affair with the automobile is slipping away. As a growing number of consumers look for transportation solutions versus driving experiences, some experts say the entire model of how we approach car ownership is changing.

“Fundamentally, people’s desire for mobility is unchanged,” said Rich Sampson of the Community Transportation Association of America. “They want to get where they’re going as safely, quickly and affordably as possible.”

But technology, which has changed how we access everything from music to mobility, is also changing the way we look at transportation, how we access it and what we do once we’re inside a car.

“What ridesharing, and the technology that underscores it, has accomplished is presenting new ways to make decisions about which mode of mobility is best suited to meet our needs at any given moment,” Sampson says.

Part of the shift in consumers’ view of car ownership comes from a new generation of drivers who are more interested in getting their hands on the latest technologies than getting behind the wheel of a car. For them, car ownership simply doesn’t hold the appeal it had for previous generations.

Arun Sundararajan, a professor of information, operations and management sciences at New York University, told the Los Angeles Times, “People below the age of 30 are much more likely to identify with their mobile and computing devices than their cars.”

According to a study from the U.S. research firm Penn Schoen Berland, more than half of Millennials surveyed are open to sharing rides with others; the only thing they are more likely to share than car rides are books. One-third of them are willing to rent out their vehicles, and where the idea of a first car once dominated teenage obsessions, today these people are more focused on the latest technology and devices.

According to the Washington Post, only about half of Millennials today get their driver’s licenses before the age of 18.

What still exists, however, is the need to get from point A to point B, and for that they turn to the growing number of alternative forms of transportation, such as the ridesharing industry.

A 2015 study by Frank N. Magid Associates found that 18% of respondents aged 18 to 64 had used a ridesharing service, and 22% said they would delay buying a new car because of the availability of such transportation services. In a single year the usage of ride-hailing services jumped from just 5% in 2014 to 18% in 2015.

From all outside appearances, Millennials are well on their way to creating a lifestyle that chooses shared rides over ownership – and that could change the future of the automotive industry.

Of course, sharing rides isn’t exactly a new idea. In the paper Ridesharing in North America: Past, Present, and Future, Nelson D. Chan and Susan A. Shaheen of the Institute of Transportation Studies at the University of California Berkeley show the evolution of ridesharing, which they break down into five eras:

Before there were apps to hail a car, there were posts on Facebook to catch a ride. Before that there were hand-written requests on bulletin boards at work or at the local coffeehouse from people looking for ways to reach their destinations.

While the purpose behind the request hasn’t changed, what has changed is how those requests are made, thanks to the marriage of technology and transportation.

Millennials are the first generation to lead us into a new, tech-driven culture in which they increasingly telecommute for work. They are more likely to use public transportation, live in cities or urban areas and be comfortable connecting digitally instead of meeting in person.

Data shows that Millenials are also more likely to rent than to buy. All of those factors point to a dwindling demand in car ownership. In fact, Gary Silberg, KPMG’s national sector lead partner for the automotive industry, says that two-car households  could soon become a thing of the past.

“Right now in the U.S., 57% of households have two or more cars,” he says. “But I think we’re going to see that change. We’re getting to the point where maybe you only need one car instead of two.”

He predicts that by 2040, the number of two-car households will decrease to 43% and will continue sliding.

As more on-demand and ride-hailing and car-sharing services become available, the cost of ownership becomes more difficult to justify, he pointed out. Services can be used to pick up children from soccer practice, take us to concerts and even to run errands. In downtown areas where parking is typically expensive and hard to find, ride-sharing services can prove less costly than parking and often much more convenient.

“In urban areas, the cost of vehicle ownership tends to be much higher, and other alternatives, ranging from bikes to mass transit to mobility on demand, are much cheaper and more convenient,” says Silberg.

America is far from alone in experiencing a shift away from the traditional ownership model. Car-sharing services now are available in more than 1,000 cities around the world. In addition, some car manufacturers have rolled out their own car-sharing services, forced to begin rethinking how they approach consumers.

Auto industry insiders say as many as 10 million driverless cars could be on the road by 2020 and KPMG’s Silberg says that, too, could affect both auto ownership and traffic issues such as congestion and parking.

Imagine a driverless car that can be summoned by an app, deliver the passenger to their desired location and then move on to the next passenger. Instead of sitting in a parking garage, perhaps that car – sans a human driver – stays on the road throughout the day, picking up passengers and carrying them to their destination.

“If we share cars, the economy of owning a car will decline,” Silberg says. “The rationale for ownership is changing.”

Researchers including UC Berkeley’s Chan and Shaheen agree the model is changing, but it is because of a perfect storm of factors, not because of one single catalyst.

Chan says that automakers are already adjusting to some of these auto industry trends and are “beginning to view themselves not as auto manufacturers, but mobility providers.”

“It should be interesting to see what automakers continue to do,” he says. “As they continue to innovate and collaborate with other providers, agencies and researchers, passenger transportation is going to continue to change in major ways, reducing the need for car ownership and driving alone.”

Want more insight into the future of transportation? Learn the impact connected cars could have on how we get around.