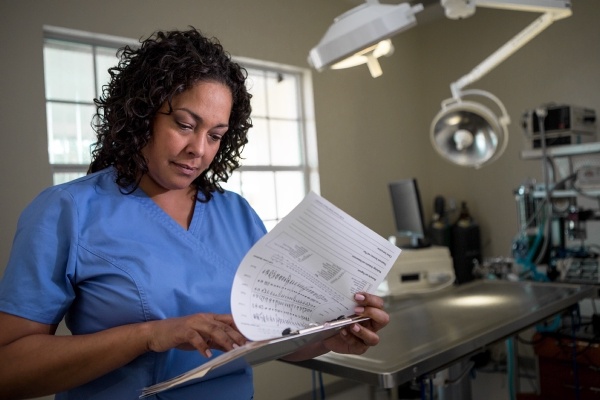 Psych yourself out about a vision test and you can delay diagnosing treatable conditions that will help you see and drive better.

Eye care professionals can sometimes fix a problem or minimize the symptoms with a change of prescription or drops that can help drivers cope with glare. Still, many older drivers delay their eye check-ups partly for fear of losing their licenses.

“We have had patients that we can’t believe drove to us,” says Mark Prussian, administrator, Eye Care Institute, Lexington, Kentucky.

He added, “People don’t like to have their independence threatened. They are afraid a doctor will take away their drivers’ licenses. But that won’t happen. Doctors can’t have drivers’ licenses taken away from their patients, though they may have conversations with those patients and encourage them to allow others to drive them places.”

Even drivers whose vision is not impaired may have medical conditions that make it dangerous for them to operate motor vehicles. Diabetes, high blood pressure and strokes, all of which can cause physical responses that make driving dangerous, are just some of the medical conditions that can be detected through an annual eye exam. That’s why such exams are continually recommended to people of all ages, Prussian says.

Patients over age 60 most commonly have more visual concerns while driving and in everyday life. The concerns include the inability to easily read road signs, especially in unfamiliar locales; dim colors; the presence of halos around objects, and vision, says Steven A. Loomis, president of the American Optometric Association.

“As we age, most of us develop some degree of medical changes to our eyes, including cataracts, ocular surface disease, glaucoma and macular degeneration. All of these conditions require diagnosis and management from a doctor of optometry or ophthalmology,” Loomis says.

“Often, vision can be improved with an updated pair of glasses or enhanced treatments of glasses like non-glare lenses. Other times, medical treatments are appropriate to treat the underlying clinical conditions. Most eye diseases begin silently without symptoms and are only diagnosed with a comprehensive professional eye examination.”

One example is glaucoma, often called “the silent thief of sight,” a condition that damages the optic nerve. That nerve transmits information from the eye to the brain. Glaucoma is asymptomatic until it causes irreversible vision loss.

Some people are hesitant to seek eye exams, and specifically to undergo testing for glaucoma, because they fear pain from what was once the standard “air puff test”. During the test, the doctor releases a small burst of air at an eye – no equipment touches the eye – to measure the pressure within it.

Though the test is painless, many people find it so distasteful they count it among their greatest medical fears, Prussian says.

This test is now outdated. Most eye care experts use other tests for glaucoma, including the blue light test (Goldmann Tonometry). Doctors who use this test numb the patients’ eyes and then measure the pressure within the eyes. Patients feel nothing except an occasional rustle of eyelashes during that test.

The other parts of annual eye exams are equally painless.

Preparing for an eye exam

To best prepare for an eye exam, patients should provide a list of all medications – prescription and non-prescription – and dosages taken. They should also be prepared to share personal and family medical histories.

Annual eye tests generally include visual acuity tests (reading from eye charts), cover tests (when one eye is covered while the doctor looks into the other eye) and refraction (when a series of lenses are put before eyes to determine which provides the clearest vision).

“A visit to the [eye care professional] is easy, painless and, for most patients, very interesting and always rewarding,” Loomis says.