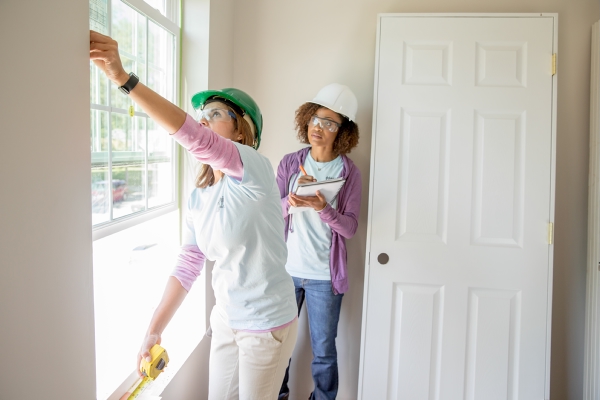 Termites can be stealthy and they can show up anywhere. Particularly in warmer climates these insects can be an issue, cautions Brian T. Forschler, PhD, professor of entomology, University of Georgia, Athens. “I’ve lived in the South for 30 years, and I’ve heard many in the Southern states say, ‘There are two kinds of houses in Georgia, Florida and Tennessee: those that have termites and those that are going to get them,’” Forschler says.

In many cases, the damage can be limited. “On average, my termite damage is a door or a window frame or a couple of 2-by-4s,” Forschler notes. “But, at the same time, I’ve seen entire walls that had to be replaced in a four-year-old home.”

In general, termite damage is not sudden and catastrophic, he says, adding that if you’re vigilant and paying attention to signs, you can deal with termites in a relatively cost-efficient and safe manner without your house falling down.

Termites typically get into a house by following cracks and crevices, which they travel along looking for food. This is where homeowners can most easily track them, Forschler says. “You don’t go deer hunting and sit in the middle of a bramble patch, you sit on the trail,” Forschler says. This means inspecting places such as:

When it comes to older homes along the East Coast, particularly of the 1920s variety, with rock-rubble or four-layer-thick brick foundations, that’s another story, Forschler says. “All bets are off, because there are 100,000 million cracks there,” he explains.

Still, there are plenty of opportunities for homeowners to spot termites before big trouble sets in, regardless of the type of house.

“Most people find that 90% of the infestations are because of a swarming event,” Forschler says. “All of these species have this thing where the adults fly out of the mature colony once a year.” It’s that event that usually alerts property owners to the fact that termites are present, since otherwise these are well hidden. “They’re not going to be walking around in the kitchen or on the floor,” he notes. “They’re going to be behind walls in the wood.”

Another way signs of termites may come to light is during times of home remodeling. “About 10% of our infestations are found through remodeling efforts or changing something in a building,” Forschler notes. Many times people will notice a telltale sign, such as a piece of wood that looks soft or paint that is peeling or bubbling on the wall, he adds.

Shelter tubes or mud tunnels under the foundation

During routine inspections, if your house is on a raised foundation inspectors can crawl underneath looking for indications of termites. “What those inspectors are looking for usually are visible signs, like what are called shelter tubes, little mud tunnels that termites build above the ground to move between feeding sites,” Forschler explains.

As for homes built on a slab, these can be different. “A concrete slab that is properly formed and cured shouldn’t crack, so it presents a very good physical barrier to termites,” he says. “That means they can only come up the outside, which they rarely do.”

Forschler finds that in concrete slab homes termites tend to go between the cracks and crevices of cold joints and expansion joints that are present in such construction. There may be a space between the garage and the main house slab or behind the porch or in utility penetrations for pipes and wires, Forschler says. More of these are being placed by builders in obscure areas so they are not easily seen.
“But, you need to find where those are and have them looked at on a regular basis to make sure that termites aren’t coming up that way,” he says.

What to do if you have termites

If signs of trouble are found, Forschler urges homeowners either to reach out to agricultural cooperative extension programs in the area or to pest-control companies.

“Most pest-control companies offer free inspection services,” he says. “So I would call two or three companies and have them come out and take a look. You’ll get two or three opinions that way, and you can measure for yourself what’s going on” based on their inspections.