VIN stands for Vehicle Identification Number, a string of characters that identifies a car. Every passenger vehicle manufactured for U.S. sale since 1981 has a standardized VIN, while the VINs on older cars may vary in length and character type depending on the manufacturer.

How many numbers are in a VIN?

Each VIN consists of a standardized 17-digit code that includes a serial number. This many digits makes it possible for no two cars made within 30 years of each other to have the same number. 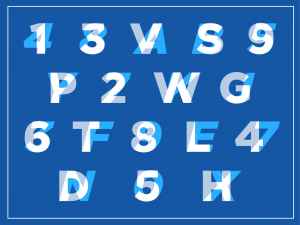 Where is the VIN number on a car?

These days, the VIN can typically be found in several places, like the dashboard and the driver’s side door label. Learn how to decode and use the VIN and you’ll unlock secrets that may prove helpful in keeping your car safe and secure.

The VIN is essentially unique to your car, but it isn’t a random jumble of numbers and letters—in fact, you might even think of it as your car’s DNA sequence. Each number or letter in the code, except one, means something significant about the car.

VINs look complex, but there’s a method to the madness. Using only numbers and letters (except I, O, Q, U, and Z), each portion of the string tells a different part of the story.

How to check a VIN

When you’re considering buying a used car, the VIN can be your best friend. An honest seller should be willing to share the number when asked, and you can input it on research sites like Carfax or Autocheck, who’ll tell you free of charge whether the car has been reported stolen. These sites will also give you the make, model and year associated with the VIN—if these don’t match up with the vehicle you’re looking at, something’s wrong. And remember: The VIN is located in a few different places on the vehicle, so make sure the dashboard VIN matches the number on the door label.

How the VIN can save you money

For a fee, these services will also provide the car’s full history, including registrations, accidents (insurance companies and mechanics keep track of VINs), and odometer readings. Having this information will not only help you make an informed choice—it’ll also ensure you’re getting a fair price.

How the VIN can keep you safe

For a car you already own, a VIN search with The Department of Transportation’s National Highway Transit Safety Administration can tell you if there are any open recalls on your car. And if your car is involved in a crash or other incident that you think was caused by a defect, you can report it to the NHTSA using the VIN. They’ll investigate whether the car and others like it should be recalled.

How criminals use VINs against us

Sophisticated criminals have devised a method of “cloning” a VIN to make a stolen car appear legit. When they decide on the car they want to steal, they first find a car of the same make and model, and copy the VIN right off the dashboard. They make a new VIN plate and a fake title, then sell the car to an unsuspecting buyer, who may not discover they have a “clone” until a there’s been an accident or the car is taken in for service.

How to use the VIN to avoid fraud

Vehicle cloning can be hard to detect. Mike Kelso, a senior special agent with the nonprofit National Insurance Crime Bureau, suggests prospective buyers take the extra step of paying for a complete VIN search on Carfax or Autocheck, and scrutinizing the results for unrealistic movements. If a car spent three years in, say, California, then suddenly turned up registered in New York, but within months was registered in California again, it should raise some red flags that maybe there are two cars in play, sharing the same VIN.

How to use the VIN to prevent theft

Thankfully, vehicle cloning doesn’t happen as often as some news reports suggest. But if you’re worried your car could be targeted for theft, you can make it a less attractive target by etching your VIN on the windshield and windows of your car. Replacing all those windows is too expensive and annoying for the average car thief; they’ll be more likely to find another target.

How the VIN can help if your car goes missing

Take a photo of your VIN and keep it in your phone, so if your car does disappear, at least you won’t lose valuable time tracking down the title. The first step to filing a theft claim is contacting the police, and quickly providing the police with information about the vehicle is crucial, says Kelso. And that quicker response time can mean the difference between whether or not a stolen car is recovered or lost forever.

Nationwide offers a full range of auto insurance options that will give you the peace of mind of knowing you’re covered if something goes wrong. Visit our car insurance policy page for details.