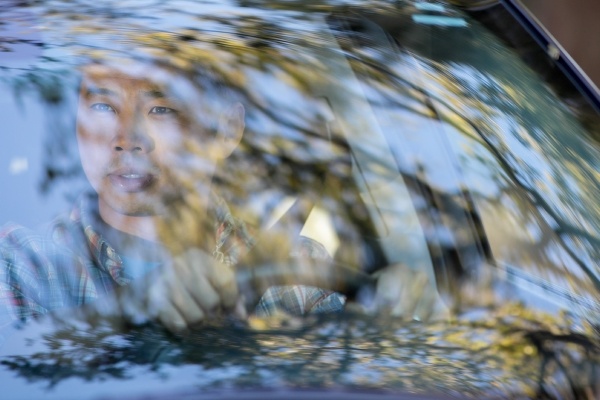 Whether you detect the odor of moisture in your car or you see other signs such as fogged-up windows, rust stains or wet carpet, windshield leaks are one of those problems that can be a real frustration for drivers.

Primarily, the frustration comes because you can’t always tell where the water is coming from.

Just because the carpet is wet in the trunk does not mean that is where the leak is located, according to Jim Vandale, owner of Water Doctors International, London, Ontario. Cars can slope, he explains. “So water comes in from the front floor area and flows down underneath the seats through the channels under the carpeting and fills up the rear floor area.”

If this is not fixed, the car could develop mold, mildew and rust, Vandale warns. “For the past 10 or 15 years, the manufacturers have been using an underpadding that will send off an odor once it gets wet and you get mold spores,” Vandale says. “So if you smell an odor in your vehicle, you probably have a water leak.”

Below are common causes of windshields to leak:

One possible source of the leak is an unnoticed pinhole in a seam hidden under the molding, Vandale notes, adding that while small this can cause big problems.

Windshield leaks actually happen less than they once did. “Windshields used to be put in with a rubber gasket, then [manufacturers] went to a butyl tape and now they have gone to urethane and the windshield is actually part of the structure of the body,” he explains.

Still, there can be skips in the urethane and as a result you don’t get a good seal, Vandale notes. Or, if the windshield itself has been replaced at some point, there’s also a chance of windshield leaking if a proper seal isn’t obtained, he says.

Follow these tests to find where the leak is coming from.

To test for a leak, Vandale recommends gently showering the car with water. The lower the water pressure used, the faster the vehicle will actually leak, he explains. If a hose is put on full force, the water will bounce right off.

Also, if you have a wind noise in the vehicle, Vandale recommends using soap to detect the leak because where wind can get in, so can water. “We do a soap test where you take soap on a wash mitt and you go all around the window and then you turn the heater blower on high defrost,” he says. “You make sure the windows and the doors are all closed, and when you stand outside, you’ll see bubbles coming out.”

How to fix a leaky windshield

If you find the leak, it can be relatively easy to do a windshield leak repair with the right materials. “Never use silicone,” Vandale stresses. Silicone expands and contracts in the heat and the cold. What’s more, once you’ve put silicone on a seam, you can’t reseal it with the proper sealant because it won’t adhere to the silicone, he says.

1. Use seam sealers to fix pinholes

Instead, he urges those seeking to fix pinholes to use special seam-sealers that can be acquired online. These sealers come out of a tube and can be easily applied. If the pinhole is underneath the molding on your windshield, the molding can be pried up a bit and the seam-sealer squeezed in. It will dry in just a couple of minutes and the molding can be pushed back in place.

2. Use a pliable sealant to fix improper seals

Meanwhile, if the leak is caused by a skip in the windshield sealant, Vandale recommends using something that always stays pliable, like a butyl sealant. To apply this, a caulking gun is needed. “We use an air-caulking gun so that it’s done under pressure,” he says.

After letting the sealant dry for a few minutes, Vandale recommends repeating the water test. If all goes well, you will be free of leaks and happy to be in your car no matter the weather.

If you are unable to seal a leaky windshield yourself, make sure you have insurance coverage. Learn more about Nationwide auto glass repair insurance claims.