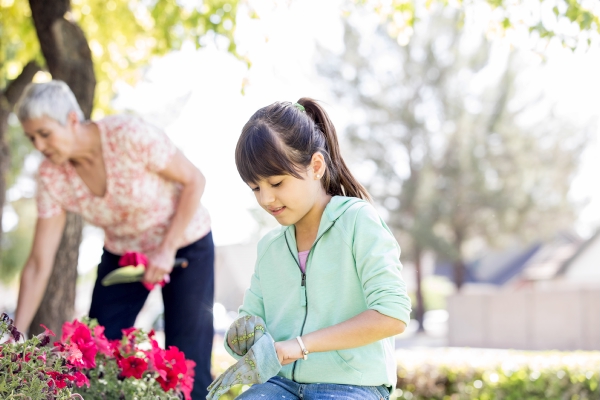 It is a universal truth hungry critters will eat your vegetables and flowers.So you will need some form of barrier to protect your plants this spring as best you can. You may not stop the animals entirely but you’ll surely slow them down. Different threats mean different protection is needed.

How to keep animals out of your garden

This is the biggest threat to your garden. A hungry deer will eat just about anything and what it doesn’t completely destroy, it – and its buddies – will nibble to death.

Many people use electric fencing. Here you only need the fencing to be five feet high with the first wire 10 inches off the ground and four spaced wires about 12 inches apart, according to experts.

For a free-standing, smaller plot, you can use poles four to six feet high to attach deer fencing around the perimeter of your garden, and then put up another circle of netting and poles four feet from that – think of a moat

Liquid deer repellent you spray on the plants won’t necessarily do the trick unless you are willing to constantly reapply it, particularly after rain.

Or, if your garden is small and you don’t want a fence, you can try a big border of plants deer tend to avoid. Daffodils, for instance, are completely poisonous to eat — root, stem and flower. Herbs, particularly those with a strong scent, will also deter deer, as will such flowers as marigolds, peonies and cosmos.

Here the problem is from below. These creatures will dig to get into your fenced-in garden. If you have vegetables, they will eat them. If you have flowers, what they won’t destroy they will dig up and leave exposed to the air, killing them unless you put them back into the ground.

Fencing is effective but you will also need a steel barrier of what’s called “metal hardware cloth” dug anywhere from two to four feet deep around your garden. The deeper, the better. Make sure the fencing is secure, too, with no access.

Speaking of which, rabbits won’t dig under your garden but an opening will soon have them chewing your carrots and the leafy greens of a number of flowers and vegetables.

If you are growing blueberries or fruiting bushes you can cover them with nylon mesh when the fruit starts to ripen. In a garden plot, you can fence in the plants using posts that are taller than you are. Then put on a “ceiling” of netting to deter the birds from flying down to pick off the fruit.