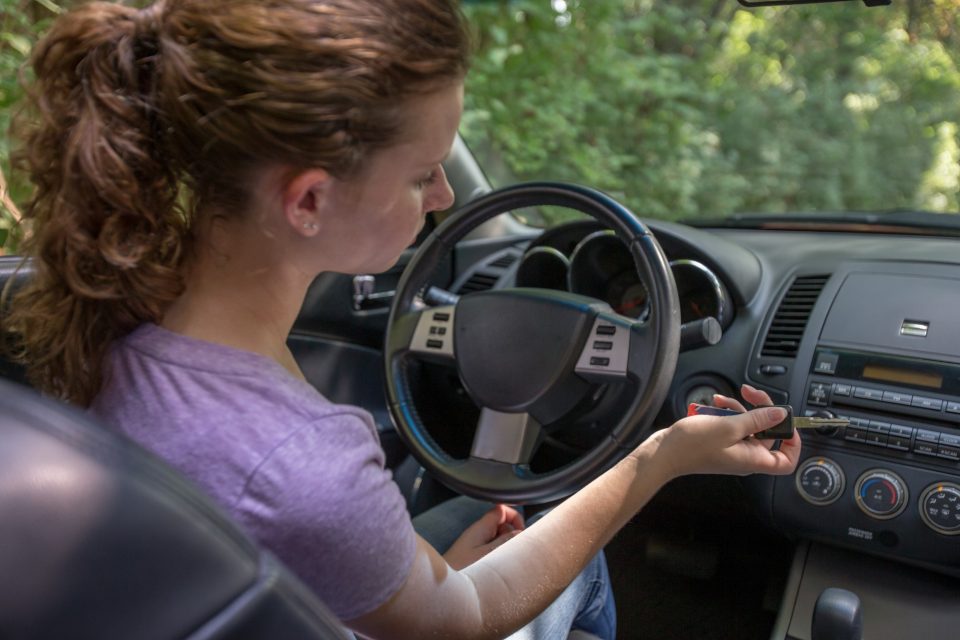 While teens eagerly look forward to getting their drivers licenses, parents often approach it with apprehension, knowing it will automatically increase their insurance rates. In fact, according to the Insurance Information Institute, adding a teen girl to your policy could cause your rates to go up 50 percent or more, while adding a teen boy to the policy could increase the rates on the policy as much as 100 percent.

But don’t throw the keys out the window and hand your teen a bicycle just yet. The good news is there are ways you can make insuring your first-time driver a bit more affordable.

“The first thing to do is ask your insurance agent about what kind of discounts they offer,” advises Jeanne Salvatore, senior vice president and chief communications officer of the Insurance Information Institute. “Most companies give discounts for good grades and some also for taking driver’s education courses.”

Educating your teen about the importance of safety and instilling safe driving practices will not only give you peace of mind, it could have a direct effect on your checkbook, she says. “Every year your teenager doesn’t get into an accident, you’ll most likely see a reduction in rates. So there’s a money-saving advantage there.”

Using telematics is another way to save money on car insurance. Telematics is an emerging technology that records and transmits data to the insurance company in real time, providing insight into the driver’s behavior. For example, Nationwide’s SmartRide program uses a plug-in device to measure factors such as miles driven, hard braking, fast acceleration and nighttime driving. Then, based on what that device learns, the driver could earn discounts for safe driving practices. Check with your agent to see if the program is available and how it can benefit your rates – while at the same time providing you with some insight and feedback on your teen’s driving.

In addition to asking about discounts and rate-reducing options, there are steps that parents can take that affect how much the policy will end up costing them:

1. Buy used. The cost of the car you buy will affect the cost of the insurance. Used cars are less expensive than new ones. Since the cost of repairs is often lower in some older car models partly because the price of parts can be less, that’s good news for your rates, too. “The insurance company considers, the cost of making a repair on particular models,” says Salvatore, “so that’s something you should look at, too, with any car that you’re considering.”

2. Think slow… Most parents are already aware of the dangers of getting a car with too much horsepower, and a four-cylinder engine provides more than enough power for a beginning driver. Insurance companies look at how much damage a vehicle can inflict in the event of an accident and calculates rates accordingly. Remember, a car with more power can entice risky driving behavior, particularly when teenagers are involved.

3. …and simple. Salvatore says that today’s cars have a lot of distractions that parents need to consider. While many high-tech features are designed to create a safer, hands-free driving experience, they’re also a dangerous distraction for inexperienced drivers. “You don’t want to have too much going on in the car,” Salvatore says. “If they’re looking at their email, a monitor, the GPS, they aren’t paying attention to the road.” So keep it simple in order to keep it safe.

Communicating with your insurance agent before and during the car-selection process will ensure you know exactly how the purchase will affect your rates. Salvatore notes that once your teen goes off to college, there’s one more way to help lower your rates.

“If they go away to college and they don’t take the car with them, you need to let your insurance agent know,” she says. “That could mean a big savings on your insurance policy every year.”