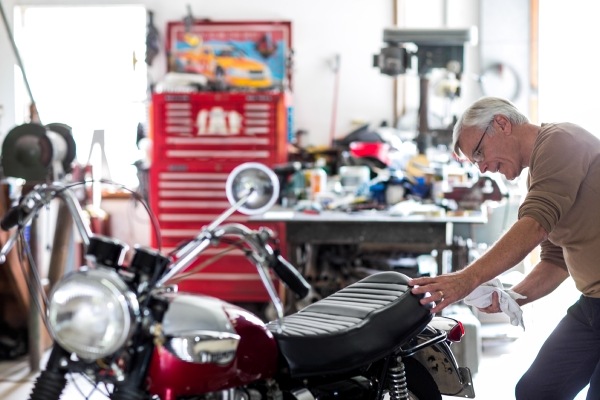 Like the horse and buggy, in their era 2-stroke motorcycles were a highly useful technology that eventually got left behind. That’s good news for collectors today, as they’re cheap, plentiful and fun – and range from mild to wild.

The history of 2-stroke motorcycles

They are quick and light, smoky and loud, consume gas at a reckless rate, and will leave your jacket smelling like Eau de Castrol after a long ride. We’re not talking about De Havilland biplanes here, but rather 2-stroke motorcycles. Built in vast numbers in Italy, Germany, England, Spain and especially Japan during the 1960-70s, 2-stroke bikes were relatively simple, cheap to build, and offered excellent performance for their size. As such, in their time they were the perfect prescription for fun on two wheels. And today, these same virtues make many models collectible, at prices from a few hundred dollars up.

For the uninitiated, in lieu of a four-stroke engine’s valvetrain, 2-strokes use ports in the cylinder walls to transfer the air-fuel mixture into and the exhaust out of the combustion chamber. Ingeniously, in its simplest form a 2-stroke engine has just three moving parts, and delivers power with every crankshaft revolution instead of every other revolution for a four-stroke.

Here is a guide to the different kinds of 2-stroke street bikes.

Street-legal one-cylinder 2-strokes from 50cc to 400cc can be found at relatively bargain prices. Suzuki offered a cool little 50cc TS50 Gaucho street/trail model, while 1980s Honda MB5 and Kawasaki’s AR50 are 50cc sportbikes. Italian firm Fantic even sold a 50cc chopper. Cute! And the choices move right up the ladder from there, satisfying both street and dirt interests. Iconic models include the chrome-tank Hodaka Ace 90 and 100, and the lovely Spanish Bultaco Metralla 200 and 250. A highly coveted 2-stroke Single is the 250cc 1968 Yamaha DT-1, the first dual-purpose bike designed for America, which can garner $10,000 today.

Yamaha built an array of 2-stroke twins from the early 1960s onward, soon followed by Kawasaki and Suzuki. Once common, today these twins live mostly in garages rather than on the road. Too bad, because they are typically capable, reliable and easy to use, with most having oil injection and some having electric starting. Racing influences permeate the 125cc Suzuki T125 Stinger, 350cc Bridgestone 350 GTO, 250cc Suzuki T20 X6 Hustler, and the best of all, the 350cc Yamaha RD350 and 400cc RD400. Prices range from a few Benjamins for a haul-it-away garage-sale score to over $5,000 for nice examples. Most audacious is the Yankee Z, a 488cc twin created by pairing two Spanish Ossa 250 engines. Few were built.

Kawasaki offered a range of three-cylinder performance streetbikes from 250cc up to 750cc, five models in all. The H1 (Mach III) and H2 (Mach IV) are most valuable, with prices now over $15,000 for top models. Lesser known and more reasonably priced are the 250cc S1, 350cc S2 and 400cc S3, which can be snatched for under $1,000 in needy condition. Suzuki likewise built a range of midsize triples, starting with the air-cooled GT380 and GT550 Indy, and extending to the advanced liquid-cooled GT750. Along with Yamaha’s RD350/400 series, today these 2-stroke triples represent the zenith of flight for an audacious, and moto-culturally significant, engineering period.

If you think a 2-stroke motorcycle is in your future, make sure your classic bike is protected. Learn more about how classic motorcycle insurance from Nationwide and stay protected out on the road.