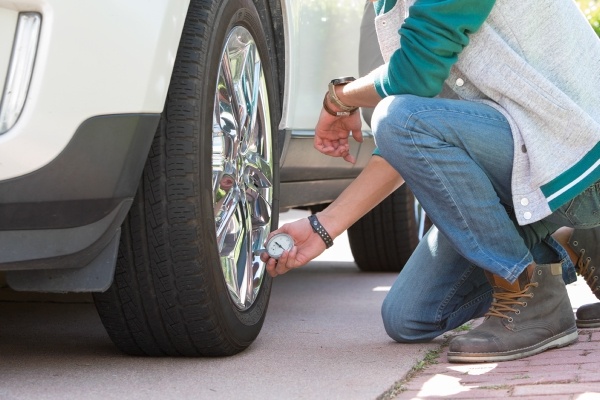 Tire technology may not grab headlines like other car technology but tires have a dramatic effect on how your car operates. As the only thing between your car and the road, tires are one of the most important components in a vehicle’s performance and safety.

At first glance, the tires of 50 years ago look a lot like today’s. Radial tires became popular in the U.S. in the 1960s and are still in use now. But a lot is happening in the world of tire technology because innovations spurred by customer demand and regulations for greater fuel economy filter down to tire makers.

Tires are part of a push to use technology to increase car safety. A system known as “Contact Area Information Sensing,” or CAIS, includes a sensor attached to the interior wall of the tire that monitors how it interacts with the road’s surface. The system checks road conditions to distinguish among dry, wet, slush, fresh snow or ice, and sends that real-time information to the driver via a digital screen.

Tire manufacturers are also looking to take CAIS technology a step further by enabling it to share information with other vehicles similarly wired, which would allow your car to anticipate actions from the car in front. CAIS may eventually provide information on tread wear and work with air pressure sensors to communicate air pressure data.

Low tire pressure is bad for your tires and your gas mileage, but many drivers fail to keep tires properly inflated. A potential remedy would be self-inflating tires, which use sensors to measure tire pressure and automatically add or decrease air if the pressure is too high or low. This technology is being used in heavy machinery and military vehicles, and may be coming soon to passenger cars, including a low-tech version with just two parts.

“The tire has a ring with a little valve in it,” explains Marvin Bozarth, senior technical consultant for the Tire Industry Association, “and when the tire rolls, it squeezes that ring and maintains the air.” Bozarth said tires lose about two pounds of pressure a month from normal use, and the new systems would automatically make up that air loss.

Perhaps the lowest-tech development in tires could have the greatest impact on driver safety. The “discolor tire” starts out looking like every other black tire, but when the tread wears down to a minimum safety level its surface turns a bright orange. Baked into the tread during the manufacturing process, the color lets you know when it’s time to replace your tires.

“Eco-friendly” is a word not typically associated with tires, but sustainable alternatives to rubber may soon take the lead in tire production. Guayule ─ a desert shrub found in the southwestern U.S. ─ has been used to a limited degree in rubber production for over a century. But it could play a more prominent role if researchers can find ways to improve its resistance to cracking and heat buildup.

Dandelion roots are much easier to harvest than rubber from trees and are better for the environment. “But they’re also looking for alternatives for rubber, because you can get a situation where rubber trees get diseased,” Bozarth adds.

Easily the most visually striking trend to emerge of late is the airless tire. Impervious to punctures, airless tires have an outer tread supported by flexible polyurethane spokes that absorb the force of the road. They use less rubber, potentially last up to three times longer than traditional tires, and have high lateral strength and resistance to hydroplaning.

Besides being more eco-friendly, they’re also more easily recycled. The downside of airless tires is a rougher ride at higher speeds. But tire makers are working on designs that offer a quality of ride similar to standard tires.