In April, Dale Earnhardt, Jr. unveiled a new paint scheme on his Nationwide No. 88 Chevrolet SS that had a somewhat familiar look to it. On Labor Day weekend, that paint scheme will take to the track at Darlington Raceway.

The silver, black and orange car is a tribute to the “Gray Ghost,” which Earnhardt Jr. has repeatedly pointed out is his “favorite paint scheme of all time in the sport.” The Gray Ghost first was introduced in 1980 by Buddy Baker, who piloted it to victory in that year’s Daytona 500 after having a dismal showing the year before. He didn’t just win the race, however; he also set a record with an average speed of 177.602 mph – a record that has yet to be broken.

The Gray Ghost’s winning streak continued that year, and earned a reputation as NASCAR’s fastest and scariest car. 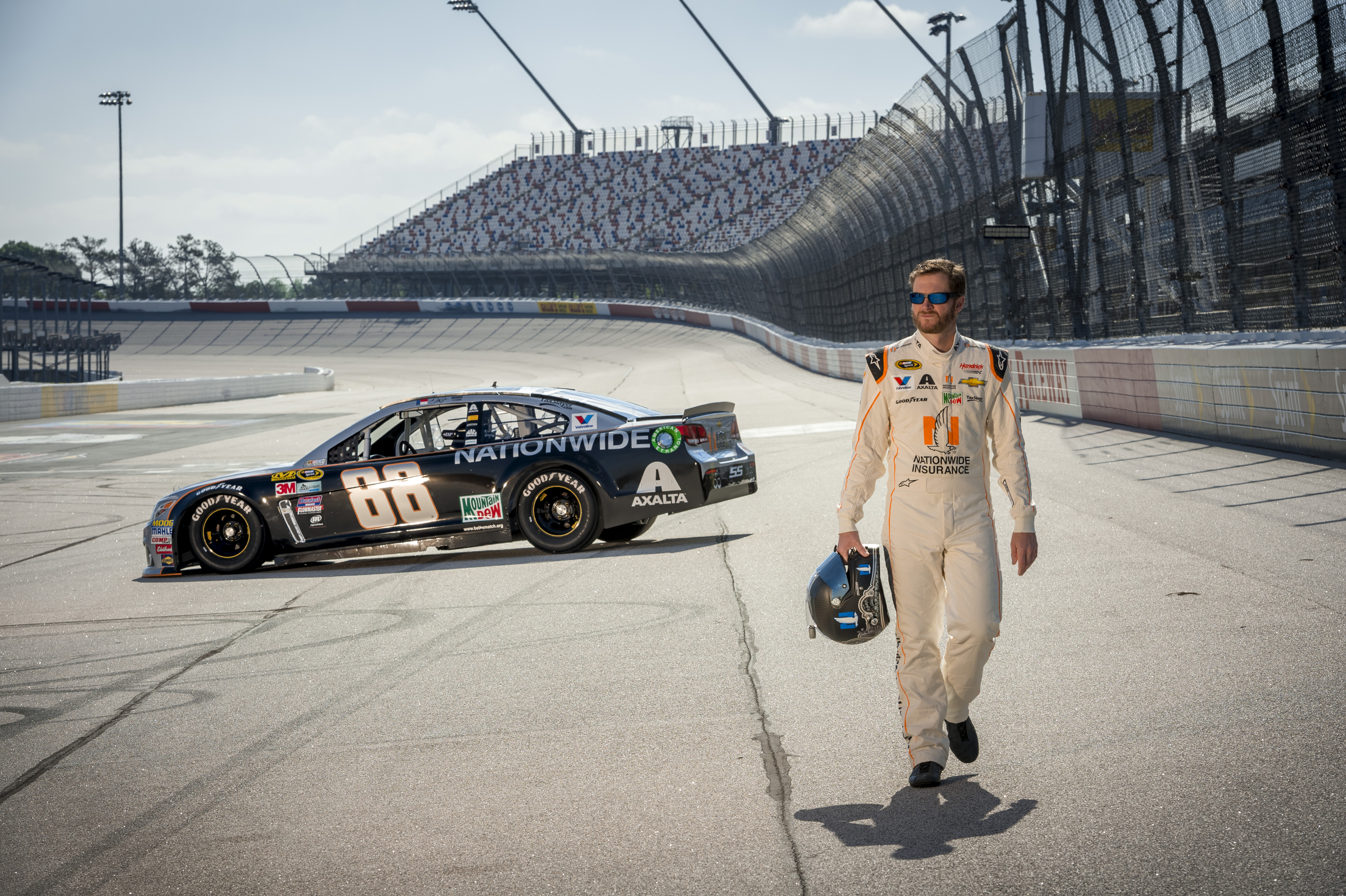 That reputation came to the car honestly; the flat silver, gray and black paint job on the Oldsmobile was so close to the color of the asphalt on the track that other drivers had difficulty spotting it. To them, the car seemed to appear out of thin air in their rearview mirrors before speeding past them.

Other drivers were less than pleased by the stealth-like qualities of the car, and went to NASCAR with their complaints. The sanctioning body listened and made Baker add bright red trim to the car.

While the trim might have made the car more noticeable, it didn’t slow Baker down. He continued to enjoy a winning season, including a first place finish at Darlington that year. 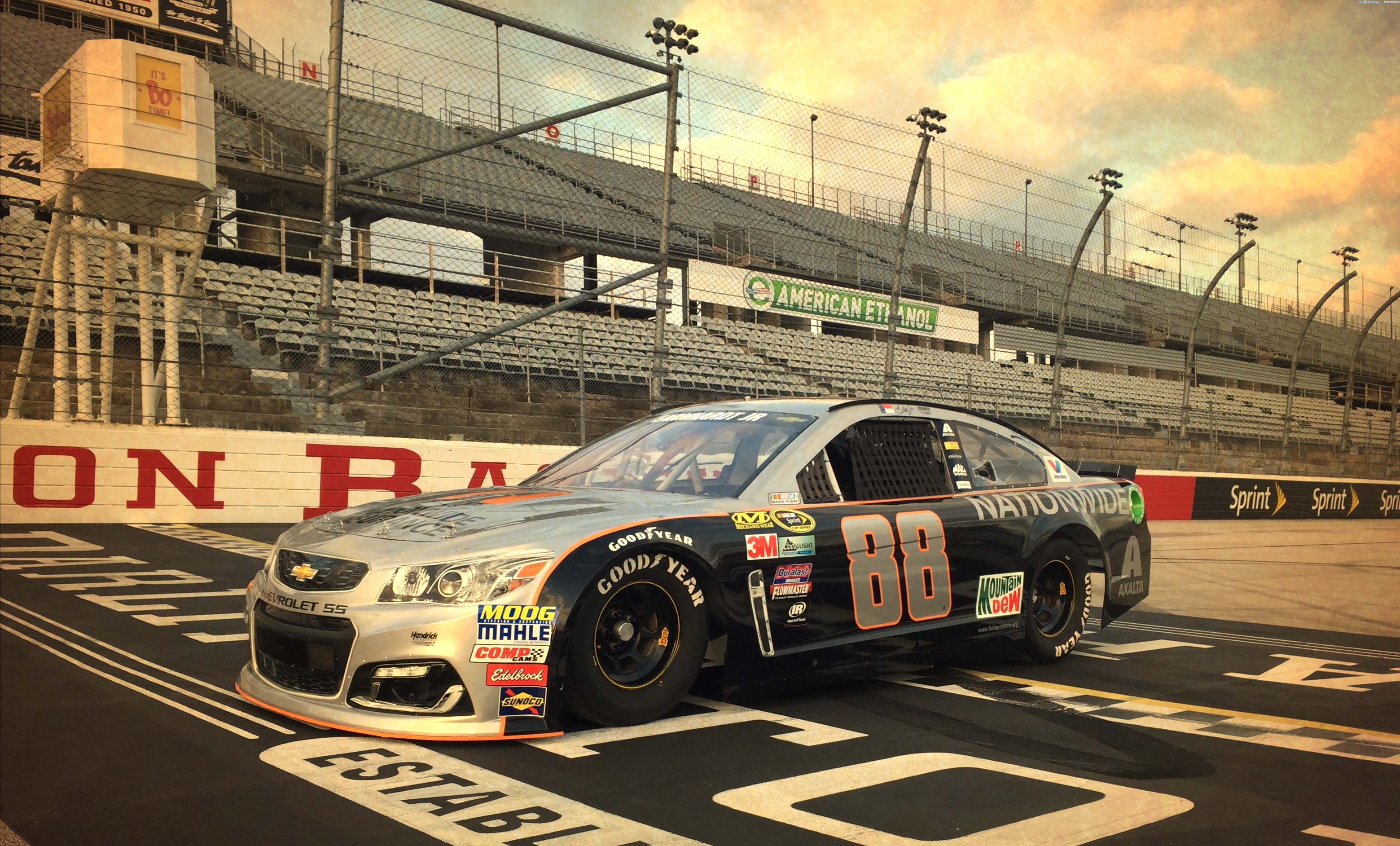 It’s fitting, then, that the Gray Ghost will return to Darlington in 2016. Other drivers also will step back in time, and fans will vote on which throwback scheme they think is best. The winner will be announced on Sept. 2, with an award presented to the winning team and driver before the Bojangles’ Southern 500 on Labor Day.

It hasn’t just been the drivers who have enjoyed going back in time; the sponsors also have gone along for the ride. As the sponsor of No. 88, Nationwide found a way to incorporate its former logo into the paint scheme. The orange N & Eagle logo was used by the company in the late 1970’s and early 1980’s along with his iconic tagline, Nationwide is on your side.

Die-hard fans of the Gray Ghost will notice at least one way the car differs from the original, as the updated version adds orange to the original silver-and-black color palate, but still is an unmistakable nod to Baker’s automotive apparition. 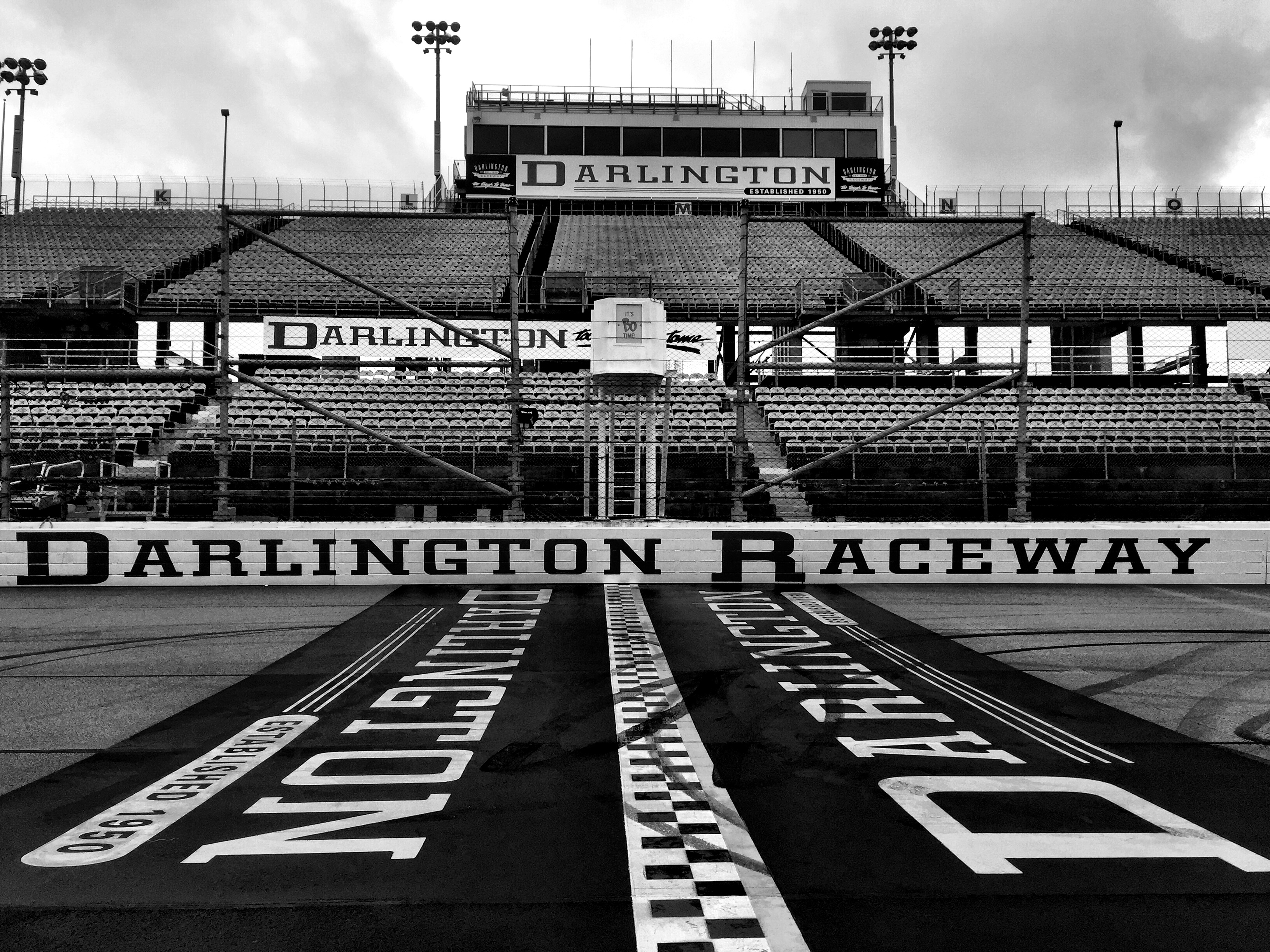 To come up with the new paint scheme, Dale Jr. himself scoured the internet for images of the original, then sent them to a designer at Hendrick Motorsports. Nationwide also got involved in the design process, working their historic logo into the design and providing input on the overall look.

Earnhardt Jr. remained hands-on throughout the process, making tweaks and suggestions with each round.

In the end, they came up with a car that has an old-school look and modern appeal.

Jim McCoy, director of sports marketing for Nationwide, says they are excited to be part of the throwback paint scheme program.

“We hope it reminds people that Nationwide has a long history of being there for our members when they need us most. We take great pride in being able to protect their needs just as we protect the needs of Dale and the Earnhardt family,” he says. “We look forward to seeing the Gray Ghost on the track, and hopefully in Victory Lane, on Sept. 4.