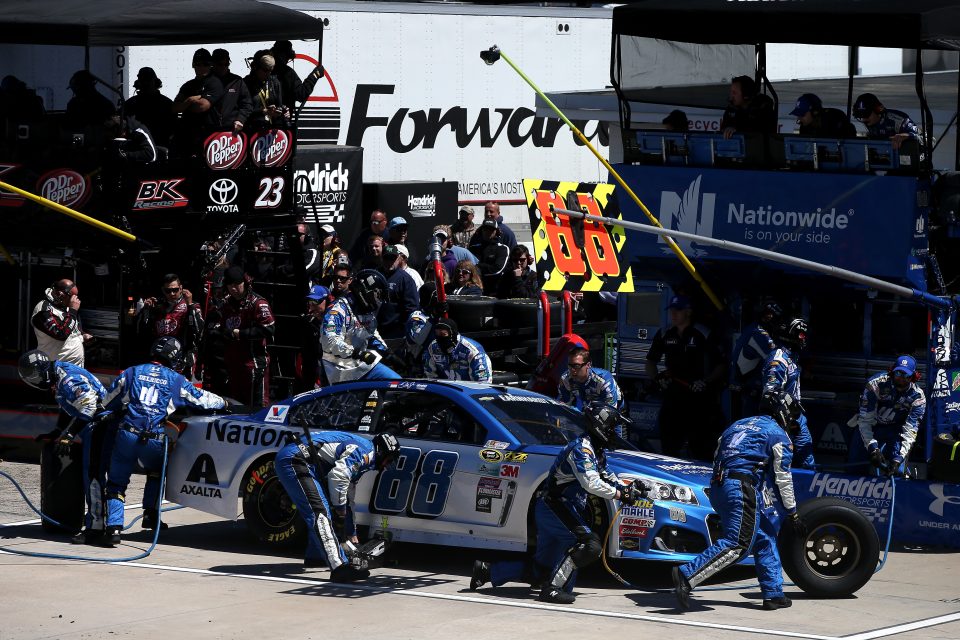 Anyone who owns a car knows that it takes plenty of maintenance to keep it running its best. But what if it’s a NASCAR racecar being put to the test on the track every week?

Obviously, keeping a racecar in tiptop running condition takes more than one person. In fact, it takes an entire crew and each member has a very specific (and very important) job. Let’s look at some of the key players who keep NASCAR’s cars running at their best.

Every NASCAR car is maintained by a pit crew whose members all have a certain job in maintaining the car. Each one has an assigned task because during a race they have to act very quickly to get their jobs done.

Tires play a very important role in every race, which is why it has multiple people assigned to tire-specific roles.

On the track at every pit stop, there’s a “jack man” who raises and lowers each side of the car so that the tires can be changed. Tire carriers – there’s one for front tires and one for rear tires – carry the tires during a pit stop from behind the pit wall and hand them to the tire changers. There also are two tire changers, one in front and one in back, who remove and replace the tires as needed. They use an air-powered impact wrench to remove the lugnuts, switch out the tires and replace them – all in about five seconds.

Just as your car needs gas to keep things moving, a NASCAR crew includes a gas man who fills the car while the tires are being changed.

Meanwhile, the seventh man will clean the windshield and tend to any needs the driver might have, including handing him a drink or a snack during a long race.

In addition to the people on the track, every team has a support crew behind the wall that helps with rolling the tires to the carriers, retrieving air hoses and wrenches, and supplying fuel.

Maintaining a NASCAR vehicle isn’t much different than caring for an average car – it’s just done at a much faster pace with an entire team of people.

Of course, what you see on the track is only a part of what goes into keeping a NASCAR car in fine form. The team’s crew chief works with the driver to make sure the chassis is set up the way the driver likes it and works with the engineers and mechanics to make sure the car is tuned for the next race. That means preparing it for the weather conditions and for the track itself. This can include adjusting the springs and shocks and the air pressure of the tires.

An engine specialist, or engine tuner, makes sure the engine continues running smoothly while at the track. He or she must be able to make split-second decisions about the engine’s performance and diagnose any problems.

Whether on the track, coming off of a race or getting ready for the next one, caring for a NASCAR vehicle is truly a full-time job – for an entire crew! Learn more about how technology has improved race-day communication between racecar drivers and their pit crews.